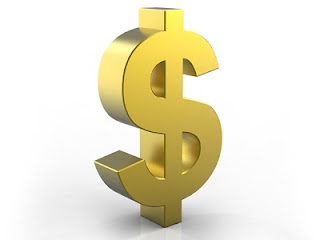 A source of endless frustration for me is how often I hear or read the words “games are expensive.” It’s frustrating because frankly it’s a statement or phrase that is economically subjective – what is expensive to one person is a bargain to another. But to address my frustrations in an even more literal fashion, I’ve decided to throw a bunch of numbers out there to prove that games are actually quite cheap.

The first thing that is important when determining value (ie whether something is expensive or not) is to find a formula that allows us to compare the cost of something to alternatives – in this case other forms of entertainment. After all, there’s no point comparing the price of games to cars or houses, but the question about whether a game is expensive compared to a movie is very relevant, because the word “expensive” by definition means in comparison to something else. That is to say something can’t be expensive until it’s compared to something that isn’t expensive.

So to do that I’ve decided the best number to use is the price/ hours division. And remember, the numbers I’m about to use are based roughly on Australian pricing, but the numbers scale roughly the same through the various markets through the world.

So a game in Australia typically costs around $100 new. While games vary enormously in length (some can be done in a few hours, others like Final Fantasy last for over 50, if not 100), let’s make a rough estimate that if you play a game through once and mess around with its multiplayer a little, don’t return the game but don’t get too hooked, you get 20 hours of entertainment out of it.

And time for the comparisons. A movie in Australia costs $25 for the ticket (and this is pretending that you don’t also buy stuff from the candy bar at a premium) for 2 hours of entertainment. $12.50/ hour. DVDs work out at roughly the same assuming you don’t get too invested in the movie to watch it over and over again (and remember, like with games, we’re assuming one play through here).

A music concert is what, four hours from start to finish? A decent act is $100. $25/ hour. And you’re looking at similar pricing for the high arts. Ballet and opera tickets will easily cost $40+/ hour.

It’s not just passive entertainment, either. If you play sport fairly seriously, then you’re also likely to want lessons. Ignoring the green fees for golf or court hire fees for tennis, coaching in a sport can easily set you back $80/ hour.

The only entertainment form that is likely cheaper than a game is the one that, ironically, is complained about as much if not moreso than games. That’s books. A book might take 20 hours to read from start to finish, and cost $30 or so. $1.50/ hour.

What I can’t decide is whether these numbers prove that gamers, as a collective group, have the least interest in supporting their hobby, or whether gaming has become the default form of entertainment for people with no money, and therefore are subjectively expensive. Either way, it’s amazing that people don’t think more deeply about the price of games.

So, in conclusion gamers do need to think a little more about the price of games, because frankly, $5/ hour is not so bad. But here’s a question to the readers: why is the perception there that games are expensive? Is it just the price tag, is it because the second hand shelf right next door has far cheaper prices lulling people into a false sense of value or something else? Let us know!