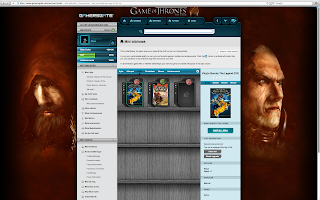 Up against the likes of Steam and Origin, GamersGate needed to do something to differentiate itself. That’s exactly what its doing in launching VOID, an ad-supported game consumption service.

It launches in Scandinavia, the US and Canada very shortly with the UK soon after (and Australia?). What is it? Well, as the headline says, it takes the concept of Spotify and applies it to the games industry. That is to say the idea is the customer doesn’t pay for the games. Instead, the advertisers do, and the customer puts up with a few ads in return for these “free” games.

Given the success of Spotify I can’t see this doing anything but succeeding. The games industry has been heading this way for a while, with games becoming an increasingly commoditised product. GamersGate gets to be the first major player to turn games into a service, though, so kudos to them for that.

According to a press release, the early response has been spectacular. IWAG Media Group, who is booking the ads for GamersGate, has already sold out of the initial inventory, and some of those ads have gone to some major media buying companies.

Alan Wake shines a light on the PC