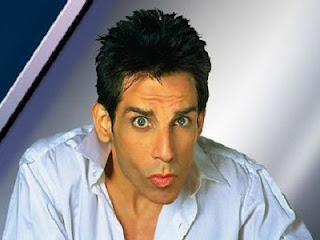 FIM Speedway GP 2012 is the kind of game that Derek Zoolander would design. It’s all about turning left, see. Over, and over, and over again.

As a motor sport, Speedway deserves respect. The bikes don’t have breaks so it’s a sport of skilled drifting, concentration and raw speed. Watching live, it’s exciting and dynamic, and the crowd always provides a great atmosphere. It’s a bit like Nascar on bikes, really.

But that doesn’t change the fact that it’s all about turning left around an oval, and this does not translate well to videogame form. At all. Especially when you dumb things right down for an iPhone take on the game. 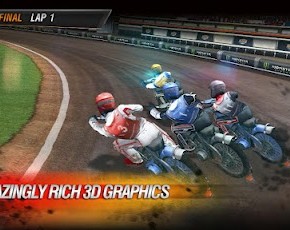 There’s a single button in this game. Turn left. There are no controls for speed, and literally no ability to turn right as the little racer is on autopilot and the goal of the game is to simply keep him on the ideal racing line. It’s downright strange not being able to even adjust yourself to the right to get back on the racing line if you’ve veered off, but that adds to the challenge I guess. And to be fair doing well at this game is quite challenging with a nice difficulty curve that allows you to see improvement with practice. Racing does require a sense of timing because there’s no way to adjust yourself if you’ve started to turn left at the wrong time, and a punishing AI will take advantage of the smallest mistakes.

But that doesn’t address the fundamental flaw of this game: all you’re doing is turning left! It’s not the most compelling experience to race through cup after cup on oval circuits (that do look different, but play essentially the same), turning left over and over again. There’s even commentary and nice 3D visuals as well as licensed racer names, which is a nice bonus that elevates the production values well beyond the asking price.

There’s more to life, other than being really, really, ridiculously good looking. This is true for male models, and this is true for videogames, especially when you’ve gone to all the effort to make a game to appeal to those poor souls who are not ambi-turners, and then can’t even throw in a bit of blue steel to make it worth their while.