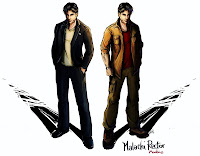 Remember that Jane Jensen (Gabriel Knight) Kickstarter campaign? Not only has the 300k goal been hit, but with 11 days to spare.

With that in mind, the author/game creator’s new company, Pinkerton Road, will begin work on a pair of new titles. And since the funding goal has been met early, they’ll devote any extra dollars taken in over the next week and a half to development of the first of their new IP’s- Gabriel Knight’s spiritual successor, Moebius.

As for the just announced second title (which won’t be using Kickstarted funding), it’ll be a third-person action game that fans will reportedly be very “excited about”. The third-person action style is a bit of a different medium for the writer to say the least. Here with an update on the campaign as well as both games is Jensen herself, glowing eyes and all.
Share this