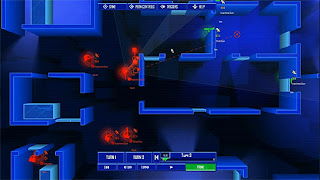 We love Frozen Synapse at Digitally Downloaded. It’s, quite literally the perfect small scale tactics game. And now it’s getting even better thanks to an expansion that adds an extra unit and co-op gameplay.

Read our full review of the game here.

All single player campaign content (and there are 15 new missions in the expansion) can now be played in 2-player co-op, giving players a chance to team up for the first time in this game.

Furthermore, the new unit promises to add an excellent new layer of strategy. The Riot Shield is a defensive unit, as its name suggests, and will be able to help players control the battle field.

With that release comes a free update for all players that adds in a clock timer and local hot-seat multiplayer. There’s also now going to be preset multiplayer maps for competitive play. Removing the randomisation should result in more balanced (and therefore more tactical) battling.

Frankly, there’s no reason not to have this game now.