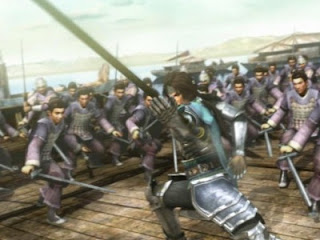 Tecmo Koei’s Warriors formula is really hitting its stride now. The games are earning new fans thanks to some spectacular gameplay, and the quality of outside franchises such as One Piece and Gundam are encouraging fans of those properties to look into some of the other games in the series.

The great thing about the Warriors formula is that it could work with conceivably any property that is big on the action and has a large cast of characters/ heroes. So with that in mind, here’s five games that we would just love to see turned into Warriors games, either by Tecmo Koei itself or licensed out to a third party: 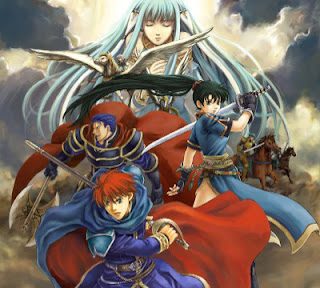 Fire Emblem would be, in many ways, the perfect cross-over Warriors game. It stars many heroes, but more importantly, it features much the same structure as the Warriors games in that each of the heroes has a very distinct fighting style. The series also has a taste for big, epic battles, and the actions of the heroes is always exaggerated to an inhuman level.

Plus, Tecmo Koei and Nintendo get along quite well, so perhaps this one isn’t beyond the realm of impossibility. 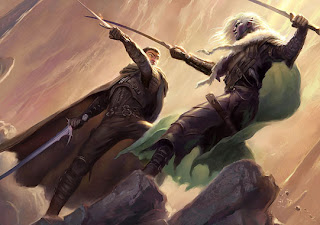 If you haven’t read a book starring Drizzt Do ‘Urden yet, then this is the only time I’m ever going to suggest you leave the Digitally Downloaded Website, but please do so now and buy yourself one. They’re modern, awesome, pulp fiction, filled with simple-but-fun characters, lots of magic, and lots and lots of fisticuffs.

Drizzt, for those not in the know, is a Dark Elf with a good soul, who fights against Orcs and Dark Elves and demons and things. He has an strange assortment of allies, naturally, including a dwarf king, a Halfling rogue, a female archer and a burly barbarian. So in other words it’s just like the Dungeons & Dragons games you played as a kid; generic-but-fun plots and lots of action and that would be just awesome as a Warriors game, since Warriors games are all about that stuff already.

The game could work a little like Trinity: Souls of Zill ‘oll. Which suits us fine because we liked that game, and would love to see a sequel, directly or “in spirit.” 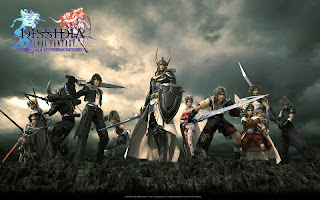 Now, Final Fantasy has already taken a crack and the cross-over gig with the rather excellent Dissidia fighting games, but to us, a Final Fantasy Warriors game would make even more sense. You could take almost the exact formula of Warriors Orochi 3 and apply it to the Final Fantasy license and it would fit in nicely.

After all, it has conflicted characters that could start on the side of the enemy, before seeing the light. It would be easy to build a relationship system, where Lightning, Yuna and Ashe could form an all-girl tag team of awesomeness. There’s plenty of bad guys who can remain bad guys to be defeated time after time after time. There’s even room for plenty of DLC alternative costumes, and a legion of people who would pay for it.

Most importantly though, Chocobo could be a mount, and Chocobo would kick butt. 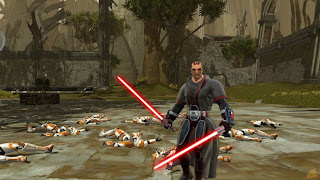 Star Wars has been turned into every other genre, so why not a Warriors game? The game could recreate some of the epic battles that has occurred over the six main episodes of the Star Wars canon, with some additional side quests taken from the books or TV shows.

The main problem that would be facing the Star Wars Warriors games is that Warriors games are melee fighters, and projectile weapons play a big role in the Star Wars universe. I would suggest the player characters would need to all be Jedi to neutralise the gun play and focus on the cool action.

And really, wading into a horde of a hundred droids or stormtroopers with a lightsaber would be the badass awesome that many of the Star Wars games have desperately needed and often lack. 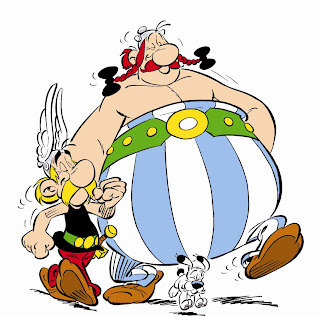 Does anyone remember Asterix and Obelix? This little comic strip was really popular back in the day, and the beauty about it was that it was essentially a Warriors game, but in comic form. There was a bunch of heroes (Asterix, Obelix and anyone else that drank the superhero potion). There were hordes of enemies (Roman soldiers). Put two and two together and bam you have action.

Exotic locations, simple stories, humour and a structure where the comics (levels) are self-contained. All it needs now is for Tecmo Koei to pick it up.

And given that Tecmo Koei did turn a popular Japanese Manga (Fist of the North Star) into a really good Warriors game, not to mention One Piece, why not grab a western comic and do the same?

Time to open the comments up – what a Warriors game that you would love to see?