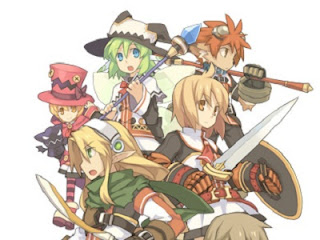 As everyone is aware by now, following Double Fine Production’s massive success with Kickstarter there has been a deluge of other developers and publishers hoping to crowdsource their own projects.

I doubt anyone is expecting a recreation of Double Fine’s success, but at the same time I have to express great disappointment about one of the most exciting projects. It’s struggling and at this stage looking like it’s not going to hit that threshold. That project is MonkeyPaw’s bid to localise and release the Japan-only JRPG classic Class of Heroes 2.

MonkeyPaw should have been feeling confident about the bid to raise a relatively low $500,000 to localise the game. They were offering a copy of the game at a reasonable, market-price bid-in point, meaning that people would get something substantial in return. The prizes at higher price points are even more spectacular and include some things that JRPG fans would consider desirable collectibles. 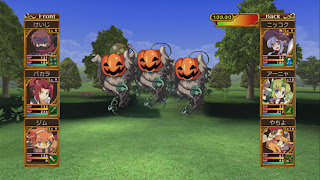 Most importantly, though, MonkeyPaw should have been able to bet on the support of the JRPG community. When Nintendo wasn’t going to release Xenoblade Chronicles, The Last Story and Pandora’s Tower on the Wii in America, there was a community uproar. There was a campaign. Remember Operation Rainfall?

Well, guys, now you know why Nintendo was reluctant. For whatever reason there is clearly not a huge community out there in the US for JRPGs. Even the smaller projects (and the Operation Rainfall games would be far more expensive to localise) can’t raise a paltry sum by asking the fans directly for the money to do it.

Either the vocal minority isn’t willing to put their money where their mouths are, or the vocal minority is supporting these JRPG projects and that’s far too few. Either way, that whole philosophy of “if it’s a good game people will buy it,” is way off. As much as the likes of NIS America, XSeed and Atlus do an amazing job, we need to recognise the fact that the market for these games is very, very small these days.

I’m really disappointed for MonkeyPaw, and I hope they end up scraping through. If you’re a JRPG fan then please, pledge something to the project and prove that there is a market for JRPGs out there.

Otherwise, remember the saying “if you don’t vote, you don’t have a right to complain,” the next time a really great looking JRPG isn’t localised by Nintendo or Sony or whoever else.