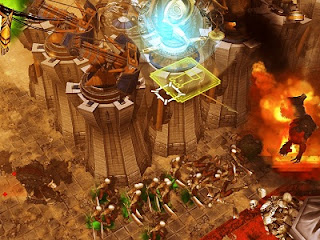 Tower defence is a genre that needs to be put away. It’s one of those genres that will probably go the way of the flight sim in the 2000’s – over done to the point where the only ones left talking about it in the future are those who still possess a USB joystick that isn’t collecting dust in linen closets in the houses of gamers everywhere.

Defenders of Ardania is a tower defence game that tries so very very hard to be original, hip and new, but only just reminds us all why we’re rapidly tiring of the whole notion and metaphorically considering pushing aside some sheets to store titles like these for an indefinite period.

(iPad gamers, be sure to check out our review of the iOS version of the game as well)

The game is set within a bog standard fantasy universe, and as is par for the genre slap in any old fantasy plotline and you got yourself a TD game. There are three factions: Humans, Nature and the Undead and each is playable and vying for control of the world, the usual stuff. Not really much else to say about the plotline, except that the majority of the story is delivered by a voice actor that sounds as if Griswold from Diablo and Jeremy Irons had some sort of kid. (I will bet there is at least some fan fic out there of that. If not, you know what to do, Internet.) It’s varies between pained and hilarious – but this is the kind of hilarity found from watching terrible films like Santa Claus Conquers the Martians. In any case, there’s not much substance here and the style is just bad.

As for gameplay, I’d rather not tell you and invite you to a lecture on contract law; because the contents of that particular afternoon we spend gambolling around a university campus quietly dying inside from lack of mental stimulation would be infinitely more thrilling than even a half hour session of Defenders of Ardania. 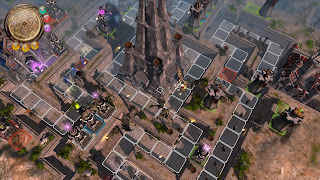 There exists in the game a tiled grid, on which you build defensive towers (surprise). After matching the counters to your opponents units trying to smash up your home, you start sending out your own soldiers in order to wreck his stuff. There is a resource system, but to be honest it plays zero part in the whole game and it hardly is worth this sentence.

From your initial setup, the game does not change. It just involves spamming the same imbalanced units until you eventually win. Short games go for about half an hour, but it feels more like half an hour spent at a dentist with the sound of electrical motors whirring in your mouth.

Whoever designed the interface must have had a thing for pain, because the blasted thing is clunky, unintuitive, obfuscated, and just so very unpleasant to use. The worst thing is that after many many hours of Starcraft, I am now obsessed with hotkeys and I almost unconsciously use them; and a few grinding, never-ending hours of this game has more or less made me want to smear Vaseline all over my keyboard with an open palm and set the damn thing alight. Since when is alt-click ever used for rally points (rally points that hardly work that is)? The convention is that a rally point is an automatic right click while you have selected the building of your choice, or shift click. What the interface designers have done here and everywhere else is the RTS equivalent of replacing the WASD keys in a first person shooter with YGHJ; and who on earth plays a bleedin’ FPS with YGHJ!?

The clunky interface doesn’t really matter when you realise the AI has the IQ of a four year old playing checkers. Nonsensical, non-reactionary tower placement, seemingly random unit combinations, the list goes on. The only thing the AI has on me is that he’s far more patient than I for this silly game, and for that I pity the poor code. 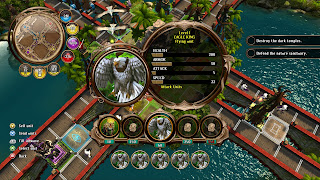 Like I’ve said in the introduction to this review, tower defence either needs to go away and retire gracefully or face extinction induced by the wrath of impatient gamers screaming obscenities at the prospect at planting more bleeding towers down on a computer screen ever again.

Games like this really don’t do the good ones justice. If you would like a TD experience that doesn’t make you want to attend legal lectures with yours truly, go and play Kingdom Rush for free on Armor Games. Save your money, or if you have a hole burning in your pocket, go check out some more highly regarded TD games reviewed on this site. The concept does not entertain, the execution is suicidally frustrating and more than ever it makes me want to turn off my PC and go read a book. For the love of whatever god/s you worship stay away from this one.