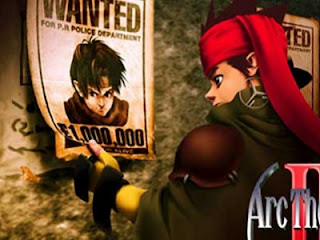 The PlayStation really wasn’t short on entertaining JRPGs. Though many have had their fix from three incredible Final Fantasy games, the more committed fans were able to experience the genesis of Atelier games, the first Wild Arms and, of course, Grandia.

Arc The Lad is probably one of the least well known of the genuine PSOne classic RPGs. So thank goodness for MonkeyPaw, who have not only released the original for download on the PSN, but now the vastly improved sequel, too.

Not that this is a traditional JRPG in the vein of Final Fantasy. Arc The Lad 2 resembles more closely a game like Fire Emblem, where combat is a turn-based tactical affair featuring fairly large forces on either side. Each unit has a predetermined role in battle (so the healer, the tank, the magic dude), and there’s little room to develop the characters, much like Fire Emblem games.

The significant difference is that outside of battle Arc The Lad is a far less linear experience than the Fire Emblem games. There are towns to explore in this game, for instance, complete with a whole range of amusing characters to run into, shops to drop in to and secrets to uncover. There’s a guild system in place too that gives people some room to tackle objectives at their own pace. 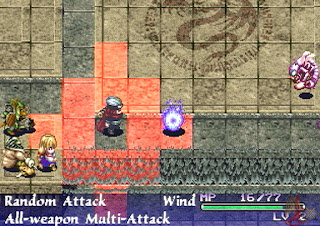 It’s also worth noting that this game is far, far easier than any of the Fire Emblem games. While there is the occasional soft difficulty spike Arc The Lad 2 is a game to be experienced rather than to challenge. That’s going to put some Fire Emblem faithful off perhaps, but it does mean that the focus is put more strongly on the storytelling and the assumption that everyone who plays is going to reach the ending.

So it’s good news that the plot itself is interesting. It’s quite dark and adult in tone, which belies the cutsey anime characters. From the opening scene where a firing squad shoots down a young boy’s entire family in front of him there’s some intrigue wound up in following that boy’s adult life. This is interspersed by moments of levity and clever dialogue to prevent the game from becoming a dirge and so it’s the kind of story that most people will enjoy even if it gentles the impact on the players to the point where it’s not an especially memorable story either.

For all its pleasantness, the plot structure is a little retro and tries too hard to be mysterious at times. The first couple of hours feature regular cut scenes to a mob boss-style man talking on the phone and then saying something along the lines of “now to put my plan in motion” before fading to a dramatic black. Indeed at times it seems the game has been padded with a few too many mysteries to increase its run time, but that said the eventual expositions make for some genuinely memorable moments. 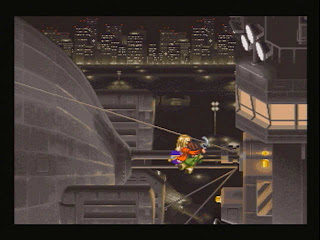 Possibly the most attractive thing about the game though is the presentation. The soundtrack is really stylish and made up for the most part by chilled jazz tunes. It works wonderfully with the well-written dialogue to build a game that is incredibly laid back and funky. The sprites are quite cute, which is on par for the course with PlayStation era JRPGs, but they’re also animated nicely and are big enough to have some nice detail and personality to them. The game world plays it very safe with the standard assortment of environments and towns to explore, but it also plays it safe in getting those environments right; this is a game that’s fun to explore.

It’s easy to see why Arc The Lad 2 hasn’t flourished like the Atelier games or the Final Fantasy series. Here is a game that doesn’t do a lot to stand out. By playing middle-of-the-road safe though, it’s also a game that even now is remarkably pleasant to play through and given there would be a sizable number of PSP/ PS3 owners who haven’t experienced this game before, this is also a very safe buy for JRPG fans.