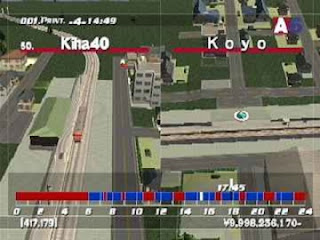 Five minutes after starting up A-Train 6 I put down my controller, headed over to Google on my computer, and did a search for “A-Train 6 Game Manual.”

There is no tutorial in this game, and nothing around what you’re doing is ever explained. You’re plonked in the middle of the first mission with a couple of trains running and a two train stations to manage. Then the menus hit, and boy are they confusing. Just trying to set up a train timetable is a nightmare because the game does such a good job of telling you nothing about what every single menu option does.

And unfortunately Google failed to help me. There seems to be no manuals out there, no fan tutorials, and no FAQs. Indeed the one thing I did discover is that apparently the game manual is utterly useless itself. 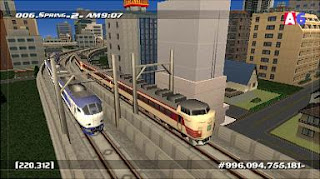 It’s an utterly terrible start to the game, and I’ll wager that amongst even the most hardcore simulation fans only a handful with bother to learn how this game works before giving up and going back to Sim City or any of the handful of modern train sim games that do work.

And I’ll be completely honest here: the reason I’d be willing to make that wager is because I myself haven’t been able to get into this game. I’ve spent hours messing around with it trying to figure things out but not once have I felt confident that the strategy I’ve got in my head to build the next Japanese train network (efficiency and cleanliness happily combined) is being played out properly from the menu options I’m choosing. I can see my money rapidly depleting from the virtual bank account, so I assume I’m doing something wrong, but that just causes panic. 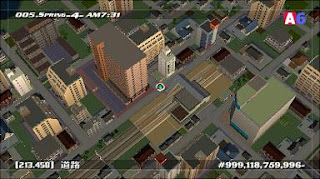 If anyone has happened to figure this game out and can explain it to me, please do so in the comments, but I wanted to like this game. I’ve been a fan of simulation games since the original Sim City, and I’ve always got the time for another one. There’s a whole lot of potential in A-Train 6. I love the visual style, which is primitive, but the way the cities seem to breathe around the trains and stations has a classy, organic look to it. I like the music, which is chilled and charming. I like the idea of simulation games built purely around constructing and managing train networks.

There seems to be a reasonable number of missions in the game, though I obviously wasn’t to test them all. I also couldn’t see an endless mode, and that could be a problem; in Sim City I was always more interested in building massive cities on my own time than completing the missions.

So that’s A-Train 6; an utter tragedy. If anyone knows how to play this game, please be in touch with me and I’ll do the world the favour and post instructions so any of the other poor souls who have downloaded this can actually enjoy their purchase. Until then, be warned that comprehending this game was beyond my patience.

inXile teams with Obsidian for Wasteland 2

A spectral visitor for Girl Fight