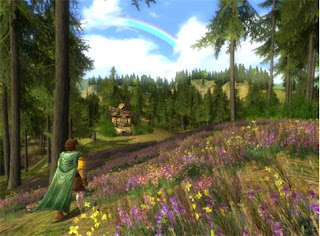 People with low powered computers, or cheap laptops on the go will soon be able to join in the MMO party, with two of the more impressive World of Warcraft rivals soon to begin streaming through the cloud.

Gaikai is the company spearheading this ‘port’ to the new play format. In a report over at Silicon Angle, Gaikai EVP, Robert Stevenson, said “MMOs have always been one of the key genres that we’ve wanted to deliver via the cloud – never before has it been possible to play MMOs in this way.

“And we couldn’t be more pleased to showcase Gaikai’s technology by streaming Dungeons & Dragons Online and The Lord of the Rings Online, which are both fantastic multiplayer gaming experiences with legions of loyal fans.”

Both of these games are free-to-play, with microtransactions providing the dollars to keep them supported.

There’s a lot of potential here. In the not-too-distant future you could be able to play Lord of the Rings Online on your iPad through this technology, or through an IP-enabled TV, your home consoles, or even something like the Vita. Being able to play your favourite MMO anywhere, anytime, is a good deal if you ask us.

The PSN update was worth waiting for