Puddle, the physics flavored puzzler for the Xbox and PS3 has been updated with a few fixes and improvements to make the title flow a little better through the online pipes.

The game sees you guiding a small puddle (hence the name) of liquid through a maze to a goal. It works a lot like Monkey Ball in the sense that you actually control the game world itself instead of the liquid. Cool stuff made cooler since Konami called a plumber.

• Demo flow has been updated to help new players get a feel for the novel game mechanic
• No more load times when restarting a level
• Updated Leaderboard display
• Minor tweaks throughout to make the game even more fun, interactive, and challenging
• Updated gameplay video included in the demo 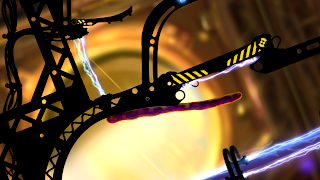 Puddle is available now on the PSN and Xbox Live, for $9.99 and 800mspts respectively.
Share this

It’s a zombie outbreak in your backyard