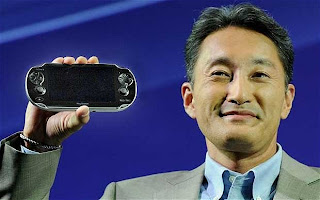 Sony has posted some disastrous financial results recently, with a loss nearly double what it had expected, but it sees light at the end of the tunnel.

The technology giant has announced a loss of ¥520 billion ($US6.4 billion) for the past financial year, which is bad news in anyone’s book. The good news is that the new president, Kazuo Hirai, is anticipating a return to profit in the tune of ¥180 billion for the current financial year.

While that sounds like a dramatic turnaround, let’s not forget for a moment that Sony’s losses in the last year have been in many cases out of its control. Sony was one of the hardest hit companies from no less than two massive natural disaster last year. The first was the earthquake in Japan that impacted on some of the company’s factories. Then there was the Thailand floods that affected storage supplies for computer products.

Finally, and most critically, there’s the yen itself, which has been at a too-high point for much o the year, adversely affecting and Japanese business that relies heavily on export. Sony was even more affected by many because Sony traditionally deals in technology that is very commoditised; sold at very low margins. With those products unless you have a dominant position in the market (Apple) or are operating in a friendly currency (Samsung and Korea), competing is a difficult proposition.

So how is it going to turn things around? Hirai has undergone a company restructuring that unfortunately means a lot of jobs are lost, but the company saves a lot in terms of expenses in becoming a leaner unit. Sony has also announced it will focus on business areas that have higher profit prospects; mobility, which is seeing massive consumer demand, and network services.

The latter is the most exciting opportunity for Sony. Network services means content, such as the SEN and those services within it, like the PlayStation Network and Music Unlimited. Not many companies are able to bring hardware and content together like Sony has the ability to, and it’s a much higher margin business than boxing products and shipping them off.

I think the next few years for Sony are going to be very exciting indeed.