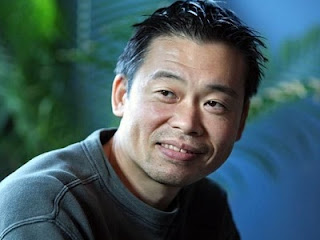 This year’s Game Developer’s Conference was pretty hard on the Japanese games industry. It kicked off with indie developer, Phil Fish, claiming that Japanese games “suck.”

As irritating as that arrogance is, it’s not half as frustrating as Mega Man creator, Keiji Inafune, who has once again decided to roll out his anti-Japanese corporate rhetoric. He’s making a regular event of it, and once again, the man is way off.

Before we even look at what he said this time let’s remember the fact that Inafune clearly left Capcom on bad terms (and very rarely is an employer-employee fall out a one-way thing), and is using his fan credibility and fame to take a dig back at the industry that fed him. Bitter employee syndrome aside, then, according to a story at Nintendo Life, here’s the tripe he’s spat out this time:

”At that time I was still at Capcom and I believe that they are one of the few Japanese companies that kept up with Western standards. We always strove to develop games with a global audience in mind.

Because we were able to see the entire global industry we would see things as they were through an unfiltered perspective. I said those words because I wanted to light a fire under the Japanese video game industry before it was too late. (emphasis mine)

Now, bearing in mind this statement is made as a criticism of the Japanese games industry, ie, Inafune believes that Japanese game developers should be pandering to western tastes, then I have to say this: the guy has lost his marbles.

It would be remarkably stupid for the Japanese games industry to try and appeal to western tastes. The few times it has tried, it has failed miserably (Quantum Theory, anyone?) It’s also not what western developers do. Here’s a little secret: Western games, the likes of Call of Duty and Skyrim, perform relatively poorly in Japan. Though they’re becoming more critically successful, commercially they’re still lucky if they’re in the charts for a week.

Western developers don’t see this as a case of “oh noes, our industry is dying!” You don’t see Bioware trying to copy Final Fantasy to pander to the Japanese tastes, and you don’t see Activision developers sticking great big spiky hairdos on its Call of Duty characters. No. Western developers make games for the audiences they know best, and then if the game performs well in Japan, that’s a bonus.

So why the assumption that the Japanese developers need to sanitise their identity to make games for the western market? Is it because America is the biggest market for games? It is, yes, but Japan is currently the second biggest market for games, and it has some very successful developers, critically and commercially, even though the industry is supposedly “dead” and the games supposedly “suck.” The industry is struggling somewhat right now, but that has little to do with the developers and publishers themselves; the Japanese economy is close to being a basket case, and politically the country is unstable. When this happens, consumer confidence plummets, and fewer games and consoles are sold.

It’s also something that rights itself, eventually. Japan’s economy will recover, and people will start looking to buy luxuries again. But if the Japanese developers have started pandering to western tastes over the Japanese mindset, then they’ll miss out on what will again become a very lucrative market.

So no, Inafune, making games for a global audience is not what the Japanese industry should be doing. If anything it should be focusing more on itself, and then, as history has shown, a percentage of the Japanese games will be hits in the west anyway. There are even publishers (XSeed, Atlus, NIS America) that specialise in proving that Japanese games can sell well enough to sustain a company.

On to another one of Inafune’s comments:

“We must realize the need to develop and rebuild new brands. It must happen now. It will be too late when our brands no longer hold sway. Time is running out and we should have realized this when I made that bold statement a few years ago.”

Branding is not the Japanese industry’s problem. This is the same country that has a chain of retail shops devoted to Pokemon, cosplay (you know you’ve got a popular brand when people start dressing like your characters), and the video game character that replaced Mickey Mouse as the most recognisable character in the world (Mario).

Will some brands die over time? Of course. Very few brands last forever, and the star of some will fade. Inafune is kidding himself if he thinks that’s exclusive to the Japanese games industry though. Tony Hawk and Guitar Hero, anyone? And yet, the good games companies out there find new brands to replace the old ones. Activision found Call of Duty, and Spyro was a massive hit. And there are new brands being discovered in Japan all the time. I hear Monster Hunter is doing pretty well (understatement of the year), and Suda 51 and Grasshopper Manufacture is a massive brand in itself; regardless of what they do, people are interested. So there will be brands to replace the stars of Final Fantasy, Mario and anyone else should they start to wild.

Inafune is a creative man with a lot of good ideas and games. His ideas about where the Japanese games industry should go next is, I believe, more likely to kill it than the current trajectory it’s on.

It’s a trio of new expansions for Battlefield 3