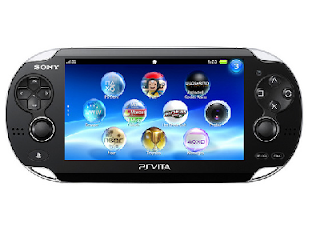 So I’ve had the chance to sit down and spend some real time with the PlayStation Vita. In short, I absolutely love the console – it really does offer everything I like to play around with on my consoles, and the power of the thing is honestly amazing.

But there are six major reasons I really love the console. The Dual Sticks? Nice, but as I’m not a big fan of FPSers, not a massive deal. The rear touch screen? A nice gimmick, but perhaps longer term a gimmick that developers are going to forget about. The advanced augmented reality? I like the free games, but like gyro controls, I’m not a fan of the experiences those games usually offer.

No, for me there’s six other reasons. Here’s why I think the Vita can be the best handheld console of all time:

The first thing I noticed when I first turned on my brand new Vita was the screen. It’s big, it’s bright, and the colours look gorgeous on it. By comparison, the 3DS screen, even on the brightest setting, can’t come close.

Rather the a criticism of the 3DS that’s a reflection of just how amazing the Vita screen really is. It strikes that perfect balance between portability and size to really allow console-like experiences in the hand. I would buy a sizable portion of my PS3 game collection all over again to be able to play them on the go on this screen. 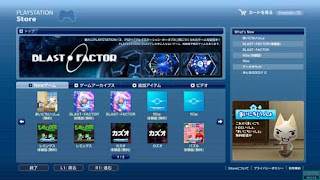 Obviously the PSN allows you to download games. Full, retail games. That’s a great thing in itself but it’s a fraction of what the PSN really offers. There’s the trophy support, and let’s face it, it’s nice to collect those virtual prizes over time.

But wait, there’s more! There’s movies, and the PSN actually has a bit movie line up to choose from. The Vita is also great for movies thanks to that awesome screen.

I’ve got the 3G model. And going back to console that don’t have it when I’m out and about is really hard. I love being able to send messages to friends or check my trophies without having to be in a Wifi hotspot. I love having access to maps with the combination of GPS and 3G – yes, I have an iPhone for that as well, but there is real potential there for developers to harness the always on 3G for real gaming applications. 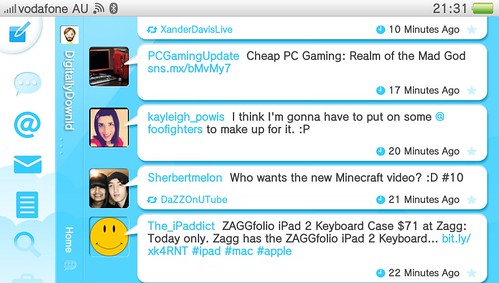 This is related to the previous point. The Twitter client on the Vita is genuinely gorgeous, easy to use, and a whole lot of fun – much more so than the iPhone or iPad clients. The Facebook application, before it went down (and I’m sure it’ll come back) was likewise great. The Flickr application is the best of all. Though the Vita’s cameras won’t have you snapping award-winning art, it is great for some on the go quick shots, and it’s so easy to get those photos on the web thanks to the stylish Flickr app.

Now of course the iPad and iPhone is able to do all that too, but with the Vita it’s fun. The Vita is a console, so unlike the iPhone and iPad that I use for work as well as play, there’s a purity of purpose in the way the social networking apps are designed for the Vita that makes them just fun to mess around with. 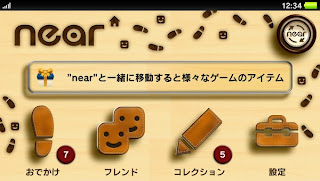 Near is a great little feature, and incredibly addictive. In basic terms, it lets you know who is playing games around you, and what games they’re playing. Already, just a week in, I’ve seen the power of this basic idea in practice. I’ve found a few new people to add to my PSN friends list, based on a common interest in games, and some Hustle Kings to play together.

Then there’s the fact that it’s possible to trade little download gifts with one another via Near. Consider it’s possible to be given gifts for games you don’t own yet, what a brilliant little marketing tool for developers to take advantage off. I know I personally have already been tempted to buy a game to take advantage of my little Near presents.

What a spectacular launch the Vita had in terms of software. There was the blockbuster (Uncharted), the hardcore fan service (Dynasty Warriors Next), the more casual but well-made games (Hot Shots Golf), and some smaller games that just fly in under the radar, wowing everyone along the way (Hustle Kings). This is without a doubt one of the more varied and better quality launch line ups in recent memory.

Yes the Vita struggled in Japan, but early signs are good for the west – the console thanks to a good launch in America, Europe and Australia has already sold 1.2 million consoles and two million games. That’s good numbers. The Japan support will come as the JRPGs and Monster Hunter style games start hitting the console.

I’ve never been so addicted to a new release console. My Vita has already become a constant companion, and it’s only going to get better from there. While there’s a few small issues to be resolved, that happens with every first generation console. It quite honestly has the potential to be the best handheld console of all time.

Kingdoms of Amalur expands on March 20