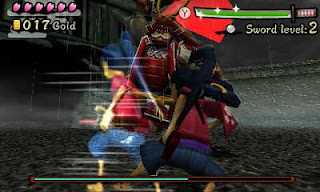 Nintendo seems driven to provide the eShop with quality games to the point where the developers are personally concocting more new franchises in one go than they have in years. The latest in the line of quirky downloadable games, Sakura Samurai: Art of the Sword opts for something more adventurous than the others and, for the most part, succeeds.
You play as the tough (seemingly nameless) warrior dubbed the “Sakura Samurai” as you fight with respect, honour, and flower petals. There’s also a story about rescuing a princess, but it has about as much depth as the original Super Mario Bros, serving as little more than a backdrop.
The gameplay has been often compared to Punch-Out in that battles are all timing based and incoming attacks can be blocked in a variety of ways. Making the comparison actually downplays the intricacies of the system, though. The Sakura Samurai strikes only after being attacked, so you need to wait for enemies to swing, dodge, and then get a hit in. Getting perfect timing rewards you with precision points and special attacks, but constantly blocking your opponent will dull your blade and make you weaker. You can also use items such as kunai and frogs to distract or quickly dispose of your adversaries. While the system can indeed get repetitive, this is no mind-numbing hack-and-slash, that’s for sure.
If there’s one annoying thing about the fighting system though, it’s that your target switches on the fly. Rather than dealing with foes on an individual basis, you’re automatically locked on to one of the enemies on the field with no control. Perhaps “locked-on” is poor wording, because the system does anything but lock-on, sporadically jumping around from enemy to enemy and disrupting the flow of battle. You can’t be attacked by other foes whilst locked, which is reasonable, but it’s rather vexing not to be able to just deal with foes at your own pace. You can ignore the auto-locking and walk around freely, but you may as well paint a bull’s eye on your head unless you’re trying to take out an archer. 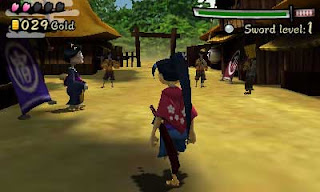 Even with the occasionally obnoxious combat, it’s a well-rounded system that tries valiantly to reward better players. Some battles can be quite challenging, but you’d be hard pressed to call it cheap…unless you’re referring to yourself.
See, Sakura Samurai’s description is especially prideful of the emphasis on strategic attacks and manoeuvres, but desperate players can still abuse the blocking system to gain easy victories on any non-boss characters. Even the precision points system can be abused for quick richness, meaning the most cowardly casual player can complete the game with little effort (at the price of honour, of course). That is to say it’s a very accessible game in that you can always cheat your way through if you find any given stage too irritating.
When you’re not strategically slashing your foes, there’s a world map and a handful of towns to visit. The map is a typical no-frills navigation from one level to the next, but the towns areas allow you to freely walk around. At shops, you can purchase items, sell precision points, save your progress, and sharpen your sword. On the street, the locals will task you with completing various optional missions to earn stickers. They’re not terribly interesting, just slashing some watermelons to make extra cash, but they do pad things out. Given the game’s rough length of four hours, it’s worth attempting the chores.
Despite the immediate length, that’s not to say the game is short on content. After completion, there are still various challenges and activities to take part in. Sans the obligatory “defeat X amount of foes” type of modes, the most interesting is a garden that utilises the 3DS’ pedometer to grow cherry trees. You can freely walk around and simply enjoy the pleasant scenery whilst maintaining justification for leaving the 3D on.
The presentation and visuals tend to be polished. Character designs are somewhat reminiscent of the N64 era, albeit cleaned up and less polygonal (if that makes any sense). The music, though slightly generic, contributes to the whole samurai theme and atmosphere. 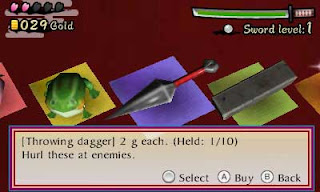 In terms of the 3D effect, though, the visuals in Art of the Sword are slightly underwhelming. Textures look more impressive, as they should, but the gameplay sees not even the slightest enhancement. Perhaps the idea was that you can gauge depth better to dodge your enemies, but the combat system isn’t even about depth; it’s about reaction time. I found myself performing significantly better and reacting quicker without this depth.
Sakura Samurai is a well-built game that shows more promise as an IP than any of the other eShop games so far. It’s not a genre-defining title by any means, but it still warrants the investment. Here’s hoping Nintendo later revisits this one to add that extra layer of polish.
-Clark A