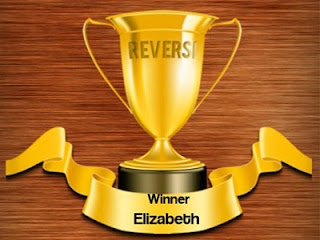 Reversi has been around for a long time. Also known by the name Othello, the strategy board game was first invented back in the 1880’s in England and has remained fairly popular since then and has also seen quite a few video game adaptations, with the App Store itself being numerous with them. So have Tesko Gaming done enough in their attempt at bringing the game to the iOS, to make it stand out above all else? Sadly no, but it does the job pretty well.

You only have two modes on offer here. First of which is a quick mode, in which things such as difficulty are already pre-set and you can dive straight into the action against an AI opponent, while choosing the new game option allows you to toggle things such as difficulty level and who makes the first move, as well as whether you wish to play against the computer or another human player. It should also be noted that online multiplayer has also been promised to be included through a future update 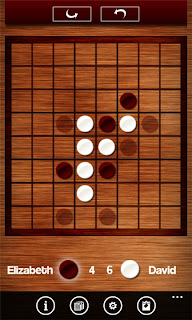 The gameplay of Reversi is quite simple. It’s set on an 8×8 board and each player has a set of different coloured disks, white and black. The player’s goal is to have the majority of their coloured disks showing at the end of the game, which is done by taking over as many of their opponent’s pieces as possible. This is done by sandwiching disks of the opposing colour between two of yours and they’ll become yours. However, your movements on the board are restricted. They have to be placed next to another disk and you can only move into a position which will sandwich at least one of your opponent’s disk.

The game also allows you to undo and redo moves, as well as hints for where to move your disk, which is handy at times when you make a mistake but it does make the game a bit too easy. It’s a simple concept but one which proves surprisingly addictive at times, although this version is Reversi is very much a no-frills affair. It’s also quite enjoyable with friends, although local multiplayer isn’t well suited to smaller Apple devices like the iPhone and iPod Touch.

Graphically, the game features a wooden board style of design, mimicking the style seen in many board adaptations of the game. It shares exactly the same graphical design as in their Checkers game, from menu layouts to the wooden design. The game also features no soundtrack at all, only featuring the odd sound effects.

Overall, Tesko Gaming have done a nice of adapting Reversi to the iOS. While it’s incredibly light on content and struggles to stand out above other App Store Reversi titles, what you’ll find here is quite a polished experience and for fans of the game, it comes recommended.