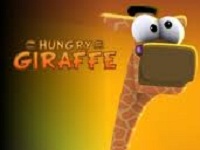 The Minis service on the PlayStation Network often throws up some entertaining little games that just about everyone then ignores, or waits for them to go free for PlayStation Plus subscribers. Hungry Giraffe is an example of that kind of game.

It’s nothing that iOS or Android players haven’t seen a lot of already. There’s a giraffe head that is constantly “growing” up the screen. As he eats the various bits of fruit (and the occasional packet of fries) that are arrayed above his head, he grows further. If he stops eating fruit, his head falls down and it’s game over. The player’s goal is simply to help the giraffe collect as much food as possible and get a high score.

There are ten levels in total in the game, and getting through them all will be a challenge. See, there are some nasty objects on the playing field that will impede the giraffe’s progress. Weights will slow him down, making it harder to reach the next bit of fruit. Anvils will stop him dead in his tracks, drugs will have a hallucinogenic effect, temporarily reversing the controls. In the later levels, avoiding these nasties becomes really difficult, and you’ll get your money’s worth. 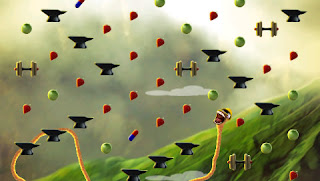 The game does a good job of tracking plenty of statistics, too, though the only one you’ll likely care about is the high score. And there you have it, the very definition of disposable entertainment.

Now, Hungry Giraffe is going to be more expensive than its iOS stablemates (you can find games of this style for free on there). What elevates it is the visual presentation and music, which is most definitely not amateur. You can tell while playing the game that the developers are not amateurs or developing games for a hobby, and for this kind of game, having a nice, pleasant presentation is important.

There’s not much else that can be said about the game, really. If you’re looking for a casual game on your PSP or PS3, and don’t mind paying a bit more than you would for an iOS game for those production values, here’s an easy recommendation for you. Or you just pick it up for free with a PlayStation Plus subscription this month.

Sony to cease use of “PlayStation Network” name