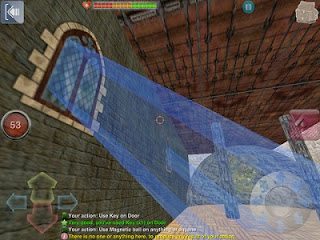 There is quite possibly one piece of software left missing from the iPad before it will consume my life permanently: RPG Maker. Being able to make my own games on the go with the iPad, and hopefully with the ability to share my creations with others would be an enormously addictive experience, and the touch screen would make game design a snap.

Unfortunately there’s no word whether that will happen at all yet (though the existence of Nintendo DS games gives me hope). The good news is that there are a few alternative game design apps currently on the iPad. Codea (previously Codify) is exceptional quality, if a little too serious for the casual game developers.

Now it is joined by Gamesculpt 3D, which aims to be a similar “drag and drop” experience as the RPG Maker games, only for FPS games rather than RPGs. Unfortunately, while it works, the software is clunky to use, and its other limitations really limit its appeal. 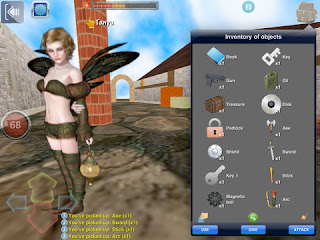 But first, the good. The game allows you to create projects of up to ten levels of action. You’ll be able to place blocks, walls and treasures around the place, and can chose to either use the basic textures provided in the package, or photos from your iPad image library.

You’re able to set ammunition, health, starting positions and end locations. The end result is, if you’re good, a 3D world like the primitive early engines of the likes of Quake.

If it were easier to this, it would be a real joy. Unfortunately the interface is a little too clunky. For instance, to get a single block or wall into the game you need to first create it, then select it, then select the texture you want it to have, and then resize and position it. This is far from being a drag and drop experience.

Eventually though, you’ll end up with a nice looking level structure, with things to jump on, secrets to hunt out, and a grand plan to make your players scream in horror at the monsters they will soon face. Except the software only allows spheres for enemies. Boring, floating globes that spit things at you. You’re able to tinker with their difficulty, health and weapon strength, but it’s a real downer that there’s not some kind of ability to customise the kinds of enemies in the level. 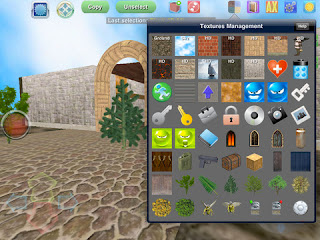 Similarly disappointing is the NPCs, which cannot move – they’re stationary objects. Any ideas you might have had to build a game that isn’t a straightforward B-grade shooter are shot as a result. At least the game controls well, so as something you’ll be distributing to friends for free, it’s not bad entertainment value.

The ability to mess with the coding is limited too, making it hard to really break away and be creative, and the software is very expensive by iPad standards. That said, I hold a lot of hope for the future of this software. The skeleton is there, so here’s hoping future updates really give people their money’s worth.