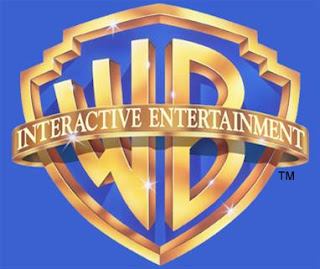 While many continue to watch closely the fortunes of struggling publishers (THQ, for instance), there is one publisher that has quietly built itself an empire to be respected. Warner Bros is starting to shape up as a publisher with real pull.

Overnight the publisher formally announced that the first new product of its new Dungeons & Dragons license would be an expansion to Turbine’s popular MMO, Dungeons and Dragons Online. Warner Brothers acquired Turbine last year, and the D & D license opened up when Wizards ended its relationship with Atari.

Though we don’t know if there will be further partnerships between the two gaming companies, the first product, Menace to the Underdark, is a substantial one, allowing players to play in the popular Forgotten Realms setting for the first time (previously, DDO was exclusively played in the Eberron setting).

This kicks of a new year in style for Warner Bros, and follows a very successful last couple of years, which has seen it publish a new AAA-grade game series (Batman), and pick up the very valuable Mortal Kombat license (as well as developers, Netherland Studios). It also acquired Traveller’s Tales, which many would recognise as the developers behind the lucrative Lego series of games.

Warner Brothers also has sole rights to the Lord of the Rings license, which is a fading star, some would argue (and certainly recent games don’t measure up), but there’s potential there, especially since Turbine also developed Lord of the Rings Online.

Finally, the publisher founded a new development studio in Montreal last year. So, while the Warner Bros. stable is relatively small, it hasn’t closed down many studios, and it’s expanding. It also produces very few dud games.

One to watch; especially if they start producing more Dungeons & Dragons games.

Shank 2 gets stabby in February