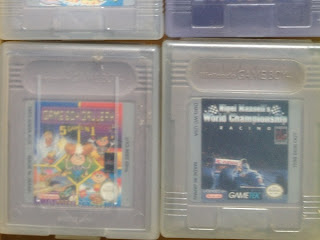 I recently rediscovered my old Game Boy Color. It was in a forgotten cupboard in a bathroom (don’t ask me how it got there), so with all the humidity it must have gone through, I wasn’t exactly expecting it to be working as I slotted a few batteries into the back of it.

What a quaint concept, using disposable batteries to play a gaming console. The slap to my wallet when I bought the batteries, the clicking sound as the batteries slotted in… nostalgia hit #1. Then the Nintendo product did what only the Nintendo products of old could do. It worked. Lord knows how long it’s been exposed to bouts of hot steaming water from the shower, or ice cold temperatures from the dead of winter in a lonely cupboard, but it worked.

So the next step was to find some of my old games. The years had not been kind at all to my Game Boy collection. 50 odd games reduced to just eight, but there are some good ones in there: Pokemon Yellow. Pokemon Gold (thought the battery had died there sadly. Anyone have an idea on how to replace a Game Boy game’s batter? Shanghai – one of the first games I got back with the original Game Boy when I was about six, and still going strong. Game Boy Gallery, the Australian-only remake of five classic Game and Watch games, now a game tragically lost to time. 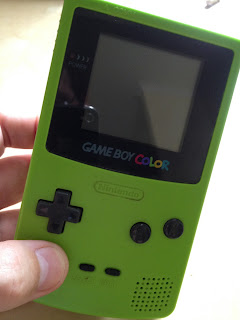 Super Mario Land 2, Super Mario Bros DX, Quest for Camelot, Nigel Mansel’s Grand Prix. Eight games I loved as a kid, and now I had a chance to play them again.

The first thing I realised on turning the console on is just how hard I must have struggled to play the thing back in the day. The highly reflective, non-backlit screen was something spectacular to behold in the modern era, because it’s so darned unintuitive. Moving where I was sitting and tweaking the lighting so I could see what was going on on-screen… nostalgia hit #2.

I kicked off with Nigel Mansel’s Grand Prix. It’s pretty much unplayable now, especially since I’ve got the workmanlike, but enjoyable F1 2011 on my Nintendo 3DS. So I switched to something the Game Boy does really, really well. Pokemon. Pokemon Yellow is as playable now as I remember it being. Indeed, after playing Platinum, White and Black, it was good to return to a core set of 150-odd Pokemon and a relatively simple quest. Indeed, Pokemon Yellow reminded me how far the series has actually come, and not necessarily for the better.

After a few hours getting reacquainted with Pikachu (and admiring the simple visual style that saw me plus hundreds of hours into the game back in the day), it was time to move to Shanghai (a Shanghai Mahjong title that is entirely playable), Quest for Camelot (five minutes was enough to let me know this game has aged poorly), and Game Boy Gallery, which is still the most entertaining Game & Watch Gallery ever. 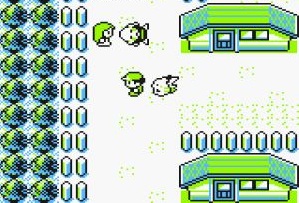 Finally it was time to play Super Mario Bros DX (I didn’t bother with Super Mario Land 2, as I already have that on the 3DS). That was my one disappointment from the weekend. The game is the classic Super Mario Bros, and the extras, which are extensive indeed for such a small cartridge, are nice. The problem is the game, which is zoomed in uncomfortably close, meaning I can’t see everything that is going on around me at once. Though the clicky buttons of the 3DS don’t lend themselves well to this kind of game, I do prefer that Ambassador version to DX for my Super Mario Bros on the go.

Speaking of buttons, I was also reminded of how much I prefer the soft buttons of the early era Game Boys to the clicky ones of the DS and 3DS. Indeed, given how prone the shoulder buttons of Nintendo’s recent handhelds are to breaking, it amazes me that they haven’t gone down the route of the soft-but-comfortable PSPGo style of buttons.

In short, this weekend of rediscovery of my gaming roots has been awesome. It was a brilliant console then, it’s a brilliant console now. I’m sure I have a few other Game Boy games lying around (Heroes of Might and Magic, I remember playing on my GBA just recently), but otherwise it’s to eBay to start playing these classic games again. Especially since the Game Boy games I really loved, such as the Final Fantasy Legend series, shows no sign of appearing on the Virtual Console.