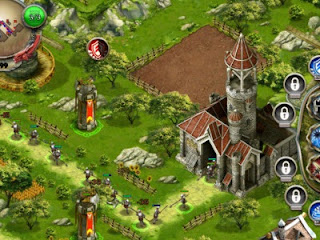 Defenders of Ardania is the latest attempt to reinvigorate an overused genre: the tower defence. There’s a prettier version headed to PC and the consoles shortly, but if it is just the graphical quality that improves for those versions, you might want to look elsewhere.

The problem with Ardania is simple: it’s the game balance. The game prides itself on being a meld of traditional tower defence, and throwing in the need to attack. Defeating enemy waves isn’t enough to earn victory; you’re going to need to send out your own waves in a bid to destroy his castle.

This is all achieved easily enough. An elegant interface allows you to swap between building towers and recruiting soldiers on the fly, and it’s fairly hands off from there. Towers can be placed within a preset grid (and need to be placed close to other towers or your home castle, to prevent you from building in your enemy’s territory from the start. Units, meanwhile, move on their on volition towards the enemy castle. 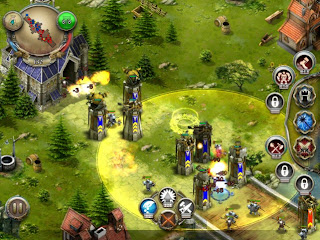 The game runs smoothly, too, and looks very pretty for a tower defence game. Paradox Interactive are the publishers behind the game and you can tell that this is a premium product by the genre standards.

It all comes to a crashing halt after a few missions, however, when you realise how poorly the game balance works out to me. The best way to imagine it is if you assume that both sides start out at a 50/50 balance. Within the first five minutes of the game it’s likely that one player or the other has, through good planning, tipped the balance slightly in one direction – 49/51. Not enough to notice at the time, perhaps, but what that does mean is that there is now no chance the other player can win.

That player with the 51 per cent balance will have slightly more resources. This means he/ she (or the AI, which is quite adept) can build more units, which means the units gain experience levels more quickly than the opponent, which tips the balance further – 60/40. 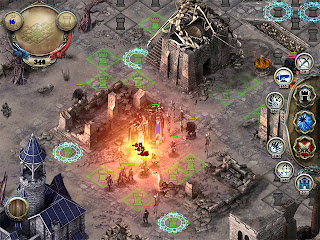 That player will be able to build more powerful towers, and upgrade them quicker. Doing that means they no longer need to worry about their opponents already weaker forces, allowing them to focus on building more waves of attackers, levelling them up quicker in return – 80/20.

The conclusion is an inevitability from the first percentage point, it’s just a matter of grinding from there, and waiting for the waves to become too strong. That’s not fun, that’s just a patience test and the room to make strategic mistakes and allow the other player to capitalise for a come-from-behind win is minuscule. That in turn means the game never really feels competitive, and it’s downright boring if you’re on the losing end.

Things do get better in the traditional tower defence game that is included as a bit of a side note to the main game. Playing through the game’s maps in this mode allows you to focus on defending against waves of enemies, and is a score attack game, so when you do eventually lose there’s something to show for it. There are a lot of equal, if not better, traditional tower defence games on the iPad that are cheaper though, so be aware of that.

It’s really unfortunate that Ardania wasn’t able to break away from traditional tower defence in an effective way. It’s a charming game with a sense of humour, but it’s ultimately a frustrating game that desperately needs a rebalancing.