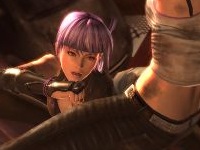 Love them or hate them, it’s hard to deny that Tecmo Koei doesn’t try to look after its fans.

The first print run of Ninja Gaiden 3 will include a download code for a Dead or Alive 5 demo.

Both the PS3 and Xbox 360 versions of the game come with different characters. PS3 gets Hayate and Ayane. Xbox 360 gets Hayabusa and Hitomi (in other words, Xbox owners win).

You could get all four characters if you buy the game’s Collector’s Edition, however, for either console.

Ninja Gaiden 3 is due out on March 22 in Japan. We got a long wait ahead of us.