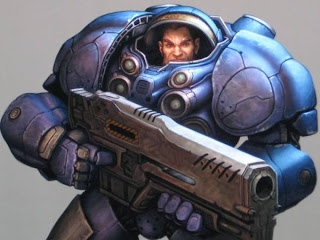 We’re having a bit of a financials news day, aren’t we?

It’s not as rosy for THQ. The quarterly loss for the company’s second quarter (ended September 30) saw the company lose $US92.4 million; a massive jump from the corresponding previous quarter’s loss of $47 million.

It wasn’t that the publisher sold less, though; revenue for the quarter was up 89 per cent on the same period last year, to $US146 million. That was far ahead of what was expected, thanks to the stellar, 1.2 million sales-strong Warhammer release.

So THQ is taking the overall results as a positive. President and CEO, Brian Farrell is quoted in Gamasutra as saying “we are encouraged that our second quarter performance exceeded our expectations, particularly in a quarter with a light release schedule.

“Our two biggest quarters of the year remain ahead of us, and we are focused on execution.”

The big problem for the company, Farrell has admitted, is in digital downloads. Though digital revenues are up some 68 per cent on last year, that was almost entirely driven by Warhammer. The rest? Not so good.

But on a more positive note, THQ is expecting a good Q3 – it’s best ever, actually, on the back of Saint’s Row three and the HD console release of the Wii uDraw tablet hit.

Its guidance currently stands at expected revenues of $510 to 550 million.