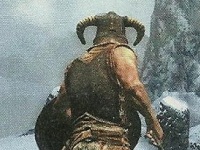 It is often difficult to chart the infamous ramblings of Yahtzee Croshaw, let alone remember them accurately. So I hope he forgives me when I mercilessly paraphrase and misquote his treatise on PC gamers. The gist was: “PC gamers believe themselves to be the glorious master race, not content with their games until the dirty console gaming peasants are purged from the landscape.”

For the sake of prolonging stereotype I’ll run with that. When PC gamers get shitty over pathetic, asinine things, it’s mostly because they’re raging on the consoles. Even as a PC’er myself I cannot suppress the urge to type STFU into the forum and hit POST whenever I see this because of the simple fact that we don’t seem to understand that certain games exist on consoles because they are better played on consoles rather than the PC.

However, there is a line in the sand.

That mark on the almost nonsensical analogy of a beach is crossed when a game is created that is perfect for the PC in almost every way but is screwed over by the existence of a console market. The astute readers of the title of this piece have guessed where I am going with this: and yes it is Skyrim.

Skyrim is the realisation of a five year wait and countless hours of hard development work; and of course an RPG fans’ wet dream. What gets my goat (metaphorically and literally) is the wisdom of doing a console to PC port, rather than the reverse. Here’s the obvious main problem: if you port from console to PC, you are stuck with console hardware limitations. I shan’t bother to go through the entire list but with few seconds thought it becomes painfully obvious how little a workout a PC will get from a game made like this. The system requirements are absolutely laughable. 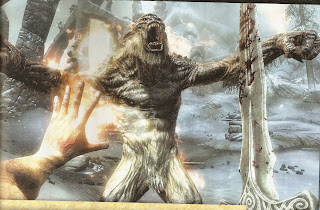 When the figure of 6 gig was released I thought it was a typo. Surely they meant 16 or even a game of this scale, a monstrous 26? Nope. Turns out when they said 6 they meant 6. The immediate thought is: textures. With this thought a part of me died. The compactness of Skyrim means that it is doubtlessly like its predecessor Oblivion and its clone Fallout 3 – a bunch of middling res textures repeated everywhere.

Fallout 3, that graphical trainwreck used perhaps a half dozen textures for the main expanse of the overworld, and man, it was so bad it made me want to gouge out my eyes with a typewriter. Terrible and absurd. Why the small HDD size? To fit on a single Xbox disc of course. With this implication of small sizes and textures repeated so often that you can mentally draw a perfect image of it, this logically means that particle prettiness will suffer, AI will suffer, everything will suffer. I feel like a doomsday prophet writing this but small sized games can have some serious problems in this manner.

The only way they could possibly deliver anything decent would require the code to be written damn tight. I have heard that the ground-up engine will deliver but I am sceptical. If it had been developed PC to console it would have been an easy enough fix by simply hacking out features from the to-console port and thus avoiding the watering down of the PC version. It would take more time to implement, but hey, guys, you have had five years. 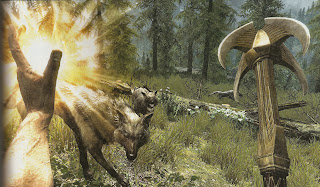 Another issue is interface. I have heard that Bethesda in its infinite glory and wisdom have not remodelled the control scheme for PC, rather keeping the console HUD and navigation exactly as it is. I cannot express my disdain without several paragraphs of unutterable expletives, so I will spare you my balls of inventive cursing and give you instead my reasons for them. A PC has 104 buttons on a keyboard to give you these options. Consoles – 13, give or take. Again, if it had been designed with PC to console port in mind these issues could have been avoided.

There are others, but I have to stop here. I’d be all night. The simple fact is that the console-oriented approach is going to strangle all the potential awesomeness that can be had here. Console gamers are going to have a blast with their standards, and that’s cool, but a few of us would like to make our processor work for once, instead of twiddling its electrons with wasted cycles.

Yes. I am aware that someone will come up with high res textures that will balloon my Skyrim folder to the sizes I like, and yes I know that there will be mods fixing everything that niggles me, but it gets me that Bethesda can’t do it itself. We are paying them the $100 in Aussie monies after all, in huge numbers. It makes me wonder to what extent they are chasing the almighty buck. Part of me reminds the other part of me that they have been faithful to the franchise thus far, but I can’t help but think that there is laziness and profiteering involved.

I don’t know. Maybe the PC gamer in me is over-reacting and everything will be fine. Oblivion was in this same method of delivery and that too was the game of the year. I’m just concerned. I generally dislike RPGs and this is one of the few exceptions and I desperately do not want it screwed over on my platform of choice; as well as meeting its potential. I just hope that this article does not become correct.

In the meantime I have to decide. Spellsword or ranger?


Have an opinion? We have a whole forum for them!

The Dead Rise and Duty Calls on XBL