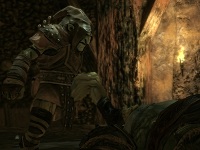 So, we’ve played through The Witcher, the reputation of Dragon Age took a hit with its poorly-received sequel, and Skyrim is out this year. What’s to look forward to in 2012 on the western RPG front?

That might be Of Orcs and Men, because the newest batch of screenshots have utterly wowed us. It’s a game that’s coming to PC, Xbox 360 and PS3 courtesy of Cyanide (the same guys behind A Game of Thrones) and is dripping with atmosphere.

To quote the plot outline from the press release:

Of Orcs and Men immerses you into a brutal world at war, where the Empire of Men’s oppressive threat looms over the territories of the Orcs and the Goblins. Goblins are systematically persecuted and slaughtered, while Orcs not killed in battle are captured and enslaved. The game first puts you into the role of an elite Orc soldier from the legendary legion of Bloodjaws, a league of warriors deeply involved in the war opposing the Orcs and Goblins on one side to their persecutors, Humankind. As a veteran warrior who has seen the most brutal of battles, you are appointed by the Orc commander to complete a mission that could change the course of the war: kill the one man responsible for all of this bloodshed, the one who has, for years, exhorted the human masses to loath and fight the green-skinned people: the Emperor himself.

A Goblin will soon join you to aid you in your mission… he is everything the Orc is not. But you find that this works to your advantage as you fight on the battleground and off. Making advantage of their natural traits, they have their own skill trees you will develop. While the Orc focuses on power, reflecting his incredible strength, the Goblin will benefit from darker powers and stealth abilities, making him the perfect assassin.

From the filthy alleys at the foot of the Great Wall, to the depths of the Empire of Men, your two infiltrated heroes will face the greatest dangers through their epic quest. They will commune with the Wizards, fight the assassins and soldiers of the Empire of Men, and oppose the powerful Sisters of Laments.

So, it’s a game where you get to play as the Orcs and Goblins, and indeed revel in their savage nature. Given that the vast majority of RPGs (yes, even Elder Scrolls and Dragon Age) would prefer you to play the hero (or at least, reluctant hero), the chance to play a truly brutal story line is one we’re looking forward to greatly.

Low tone RPGs are all the rage right now, so we’re hoping Cynaide can continue the fine tradition. 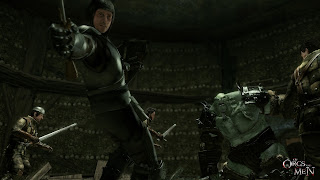 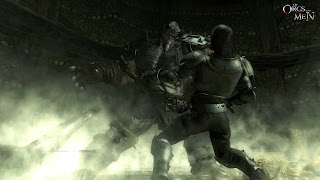 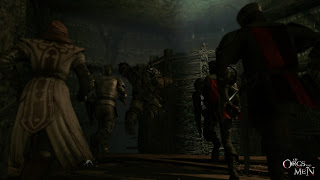 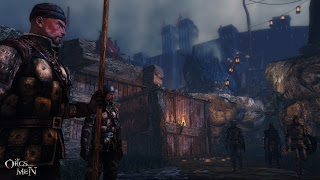 Great news, Europeans, MonkeyPaw has launched on the PlayStation Network!