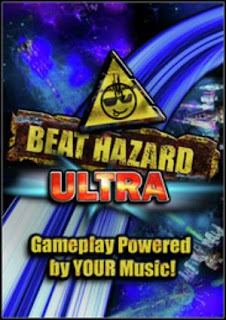 They say that music is the only true international language and I fully believe it. There’s something about music that is unlike anything else, some undeniable quality that everyone across the globe can identify with. No matter what style of music you’re listening to, there are commonalities between them that allow anyone to be able to find some merit within, even if you don’t particularly like the style. I know many people who can’t stand rap music but have to admit the bass is usually pretty awesome, and that is only one example.

Because of this, I’m kind of surprised that the games industry hasn’t leapt at the opportunity to utilize music in their games in new and innovative ways. Sure, we’ve had games like inFamous that used their game as an excuse to hire experimental artist Amon Tobin to do their soundtrack, or games like Dead Space that advanced the way ambient sound was used by utilizing AI-directed sound to provide audio stabs at scary points of the game. Even Rock Band has its fair share of innovation, even if it only uses music as a way to achieve points.

But none of these examples are what I’m talking about. I long for a game that utilizes music as a core component, using it in different and interesting ways to have a direct impact on the game. Luckily for me, we have games like Beat Hazard Ultra.

The original Beat Hazard is a twin-stick shooter which uses music to determine the strength of your weapons, the number, type and formation of your enemies, and the visual intensity of the level. And when I say “visual intensity”, I mean it; this game alternates between being gorgeous and seizure-inducing with its visuals. But we’ll get to that in a minute.

Beat Hazard Ultra is, in fact, a console port of a PC game that has been out for some time (since mid-2010 on Steam) and, really, it’s a wonder it wasn’t ported over earlier. I’m not a big twin-stick shooter fan as it is but I can’t imagine how such a game would function with a keyboard and mouse combination; the style of game is called “twin-stick”, after all. That kind of implies using a controller, and the controls using the PS3 DualShock are fluid and intuitive. Every button is in easy reach and the thumbsticks provide great control over where you’re going and what you’re shooting at.
Of course, there is a larger issue at hand, one that is integral to the core of the game. Remember how I mentioned that Beat Hazard uses music to determine every component of the combat? Well, much like similar games such as Audiosurf and The Polynomial, you can import your own songs into the game to create your own unique levels – or, at least, you’re supposed to be able to.
While I’m sure the PC version of Beat Hazard had very easy controls on how to import and use your own songs within the game, creating interesting and fun levels that you could relate to, I couldn’t get the feature to work on the PS3.
Perhaps this is an issue with the PS3 as a platform choice: the system refused to even register that .m4a files even existed on my computer (the suggested file type) and, as such, left me unable to copy the files to my system via the network connection I’ve established. Thinking I could possibly work around the issue by copying files to a USB and then copying them from there to the PS3, I found that, again, this was impossible. When I tried it again after converting my songs of choice to .mp3? Still nothing.
With a game such as Beat Hazard, where importing your own songs is one of the greatest – and, indeed, top-billed – features of the game, for that particular feature not to work leaves a bitter taste in my mouth. The game is still playable, as it does come with a selection of about twenty songs to choose from (with some of them actually being quite decent), but it’s not quite the same as importing a Daft Punk track to rock out to while blowing up some asteroids.
(Admittedly, while looking online, I seem to be one of the few people having this issue, so take this complaint with a bit of salt. Experiences may differ from person to person and you may be able to get your own songs to work without issue.)
All that being said, Beat Hazard still remains a fair amount of fun and a very interesting concept. The first time I played it, I marveled at how well Cold Beam Games programmed their game to react to changes in the song; when the song picks up intensity, more and more enemies stream onto the screen and your weapons grow ever more powerful and luminescent.
I suppose it’s time to talk about the visuals. While the actual models of your craft, the enemy crafts and the asteroids that you have to deal with are fairly average, the real impressive visual stuff comes from the weapons. As I mentioned, as the song increases in intensity, so do the visual components of your weaponry, but it’s hard to commit to words exactly how insane the game can be to look at. I think the only way to explain is to show a video (though, if you have been diagnosed with epilepsy, I would suggest you not watch it):
As you see, the game looks very impressive; when compared to its cousin Audiosurf, it’s evident the difference in visual direction but – and it can be a big but – it is sometimes near impossible to tell what is going on. Sometimes, while playing through a level, it is possible to lose track of your craft and subsequently die because you thought you were somewhere you weren’t. It can be frustrating and headache-inducing at the best of times, though I suppose the Photosensitive Seizure warning at the opening splash screen should’ve given that away. It is possible to dial down (or up, for the insane) the visual intensity though, even then, it is still difficult to follow the action.
As you play through each song, you accumulate points and cash that allow you to level up and unlock perks which can change the way the game is played. For instance, you can unlock a weapon called a Reflect Shield that, when activated, renders you impervious to damage for a small amount of time. Not only that but any enemy you collide with while the shield is active will join your side and attack its own allies. There are other such weapons as well as smaller perks such as extra lives but all of them seem useful in their own right.
All told, Beat Hazard is a fun game. It might not be the best title but it’s a fun diversion that utilizes music in a new and exciting way. For PC gamers, I might recommend Audiosurf over this, but if you’re looking for a twin-stick shooter – or if you fancy yourself a console gamer – you could do a lot worse than Beat Hazard.
– Nick J