Chris England is hard at work on a game that a certain group of gamers are awaiting eagerly. He founded a studio, Goldhawk Interactive, to make a spiritual successor to X-COM: Enemy Unknown (or UFO: Enemy Unknown, depending on where in the world you are) — no small task, that one. Many fan projects have sprung up over the years with the aim of recreating the atmosphere of Microprose’s classic but most have failed to deliver results that satisfy the hardcore X-COM fan community.

Xenonauts is taking a bit of a different approach: the game is set during the Cold War and has its own original backstory but is not far off in creating a setting similar to the one present in X-COM. Some of the mechanics are being designed from the ground up and have the potential to improve on their original counterparts. Chris showed the game at the Eurogamer Expo earlier this month and it got a great reception.

Chris is aiming to release the game in six months but we’ll hopefully get the chance to take a look it for ourselves in the coming weeks and we will let you know what we think.

We had the opportunity to ask Chris a few questions about the game.

DD: Tell us a little bit about the studio structure at Goldhawk Interactive?


Chris England (CE): We’re an independent development studio founded back in 2009, based in London, UK. We’re not a conventional studio, though – the team members are scattered all across the world and we’ve never met in person (a bit like a glorified mod team, I suppose). Most of us are part-timers, working around a full-time job (often in the industry), but we’ve still managed to pull together a great team and the game is coming together well.

DD: Xenonauts is described as heavily inspired by the classic X-COM. Are you trying to capture the spirit of the original X-COM series or make something completely new on top of the basic structure of the game?


CE: We’re definitely trying to capture the spirit of the original game. It had something about it that no other game has quite achieved since, which is why people are still talking about it 15 years later. We want to update and improve the game, but we don’t want to change it so much that it’s no longer recognisable as classic X-COM.

DD: Multiple fan projects have been made over the years that try to recreate the original X-COM or capture the vibe and most have been met with mixed results or have not come out at all. What is it about Xenonauts that you think will capture the hearts of fans of the series?


CE: Well, the big advantage over the fan projects is that we’ll actually be releasing the game (I’ve hear that’s quite important). In comparison to the various eastern-European remakes that have appeared over the past decade, we’ve tried to be more faithful to the core mechanics of the game – keeping the destructible terrain and keeping the combat real-time, for example, which makes us a more faithful recreation of the original. But I think the biggest thing that should capture the hearts of players should be the polish of the game – we’re spending a lot of time iterating the gameplay and UI design to make it as smooth and intuitive as possible, and we’ve spent a lot of time working with the community to make this happen.

DD: X-COM fans have been known to be a very vocal group. Do you involve the community when deciding on what stays in the game and what needs more work?

CE: Well, we always read our forums and listen to what the community say even if we don’t implement it. The opinion of the community is not the only factor in our decision-making process, but it is a big one. Usually we’ll come up with an idea for a game mechanic or a design for a UI screen etc, and we’ll run it past the community on our forums for people to discuss. Invariably we get all sorts of opinions and suggestions on it, and often they’ll address problems or issues we’d not thought about before. That really helps us get the design of the game right, and we’ll shape the ideas we have based on the feedback we have.

DD: Can you tell us a little bit about your favorite improvements over the original X-COM? Where you think you have made something that really enhances the gameplay?


CE: I personally like the new air combat model and the Geoscape Events system most. The new air combat is a full blown air combat simulation seen from a top-down perspective with up to three units on each side, where you can maneuver each of your aircraft individually. Each unit has fire arcs for their weapons, so it’s a game of positioning and thinking rather than arcade-style shooting.

For the events system, each UFO spawns and then has a per cent chance of causing an event every minute until it is destroyed – these events are what cause funding damage to the regions in the game, and they are marked with little grey markers on the world map. They’re tied into the UFO mission – initially they are on research missions so they spawn events like Abduction and Crop Circle. Later in the game, the UFOs are flying missions like ground attack or air superiority, so they’d be shooting down airliners or bombing infrastructure. This just really helps you feel the escalation in the alien invasion.

There’s lots of little fixes too though – you can arrange your troops in the dropship now and your soldiers remember loadout from mission to mission and the like, so there’s plenty of changes from the original. Check out our website at http://www.xenonauts.com for full details of them all. 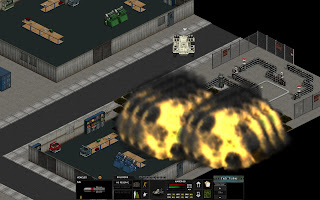 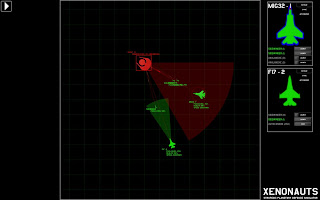 Get cursed with The Cursed Crusade demo; live now on PS3/ Xbox 360