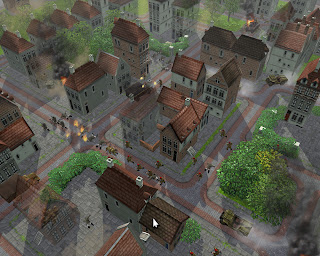 Wargame specialists, Slitherine, has renamed its strategy game, following copyright allegations by EA. Now called , it’s now available on Mac and in demo form.
It’s a pity EA got all antsy over a game that so clearly has nothing to do with its FPS franchise, but those are the breaks. At least the new Mac version is exciting stuff, and hopefully introduces a new legion of players to the game.
The game is designed to be typical Slitherine stuff; accessible but also worth playing for the more serious wargamers. The Mac version is exactly the same as the PC game, though the user interface has been upgraded to work better on the slightly different control options that Apple devices allow.
The best news is the game is fully compatible with the PC version, and players can move their save games to the Mac version, as well as play games against each other on different platforms.
The new demo of the game is a custom created mission where players fight over a small village in .
iPad next please Slitherine!
Share this