Described as “a crazy mix of pinball arcades, TV game shows and 80s pop music”, the latest Burnout offering from publisher EA is more than a bit of an oddity for the series.

Burnout CRASH! reinvents Criterion’s fan-favorite crash mode, offering accessibility and compulsive fun for those new to the series and gameplay depth for franchise veterans. There are three exciting game modes available across six unique locations and 18 crash junctions, each requiring different skills and strategies to maximize damage, debris and points . Gamers can also express their road rage with their whole body using the optional Kinect controls. With Kinect Party Play, up to 14 players can split into teams in turn-based gameplay and use gestural controls on one television to crash and burn in an all-out battle! 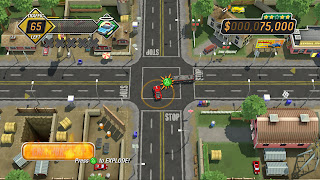 That bit, right from the press release for Burnout CRASH! (not my exclamation) says quite a lot about the title. It sounds pretty interesting and I’d be lying if I said I wasn’t itching to see how Kinect works with it. But on the flip side, I would much rather have seen a full fledged retail release with all the bells and whistles. 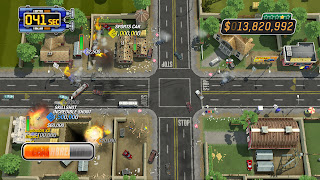 As much fun as crash mode is (and it is) I just don’t know if it can hold an entire gaming experience.

If you’re a big Burnout fan, have 800mspts burning a hole in your virtual pocket, or would just like to find out for yourself how the game is- you may commence with the queue adding right here.