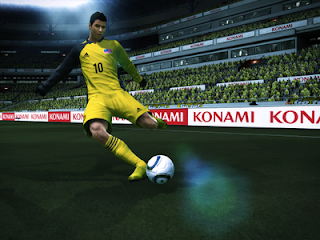 Some swear by PES. Others swear PES is inferior to FIFA. But either way, it’s a big release for footy fans. So when Konami announces a demo (with a surprising amount of content, all things considered) of PES 2012, it’s worth taking note of.

And indeed, there’s actually going to be two demos. The first is to be released on August 24 for PS3, Xbox 360 and Windows PC, and will showcase the new Teammate Control elements and Active AI technology. There will be six (!) teams to pick from here; Manchester United, AC Milan, FC Porto, S.S.C Napoli, Santos FC, and C.A. Panarol – and the matches will be restricted to 10 minute games.

Because Konami wants people to be aware that the first demo is not representative of the final game (to be released on October 13th for PS3, Xbox 360 and Windows PC, other formats to follow), a second, more complete demo will be released mid-September. The best news is this comes with a different roster of sample teams; Tottenham Hotspur, FC Bayern Munich, FC Internazionale Milano, Rangers FC, Club America and Sport Club Internacional.