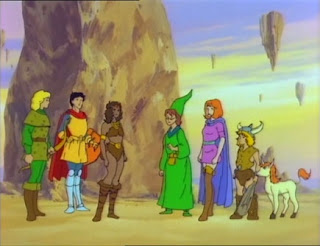 Wizards of the Coast (and parent company Hasbro) have won back the rights to its Dungeons & Dragons brand.

It was a long process, involving a complaint against Atari and counterclaims suit in the typical legal wrangling process between two corporations, but the good news for fans of the Dungeons & Dragons franchise (which was never handled that well by Atari) is that Wizards can now shop the license around again.

Atari still holds rights to develop and market several D & D games such as Dungeons & Dragons: Daggerdale and the upcoming Heroes of Neverwinter for Facebook. But the real thing we’re interested in is, who might pick up the license from here? It’s way too lucrative to ignore (D & D is the premiere RPG brand), so someone will pick it up…

We can probably exclude Japanese developers and publishers. Square Enix & co. aren’t too fond of the D & D style (and indeed, the pen-and-paper game isn’t all that popular in Japan), and most Japanese publishers already have their own JRPG franchises to look after.

Of the western publishers; we can ignore Activision. Activision is not interested in RPGs, and its Blizzard division is too busy with its own IP. EA is a strong possibility (and who wouldn’t want to see Bioware return to D & D?), but EA has already invested so heavily in the smart phone business, taking on a new blockbuster RPG franchise might not be in its interests.

I personally like the potential for Rockstar Games to pick this one up. Rockstar has of late been experimenting with other genres (the Western, Noir drama), and the kind of open, dynamic world that Rockstar loves would suit the principles that the pen-and-paper D & D upholds so strongly.

It’s a natural fit, and a Rockstar RPG would blow me away.

Who would you like to see take on the D & D license?

Theory: “I don’t care about graphics.” You should