It’s the eve of release for Supreme Ruler: Cold War. Read on to find out just why this is a game that should be on your radar.

Grand strategy games are a tricky beast. They are without doubt some of the most intricate and difficult games out there, with the adrenalin and sheer self satisfaction built through victory not easily matched in other genres. Further, they enable the history nut to relive some of their favourite moments and hypothesise alternate timelines. Think, for example, what horrors could have been should Hitler’s arrogance not have been at play (he invaded Russia the same exact day that Napoleon did, believing his tanks would be victorious where the little masters land war had failed) .

A perennial favourite time in the modern historian’s heart is that of the Cold War. Arguably stated as the times between 1946 and 1991, the escalating tensions mark this as a truly memorable political and social climate. It is complicated – the previous 30 years (roughly) of alternating World Wars and economic depression saw massive improvements in technology, itching to be utilised, resulting in the new threat of powerhouses reigning thermonuclear war upon enemies with armageddon style consequences. Truly, it is one of the most turbulent, and remarkable times in world history. 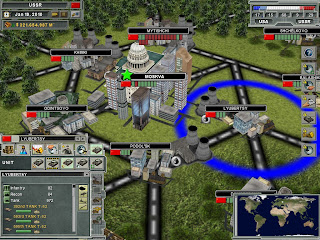 A great level of excitement was experienced when it was announced last year that the wargames publishing pedigree of Paradox had combined with BattleGoat studios to create Supreme Ruler: Cold War, a game aiming to give justice to these times.

Some would call this a risk for a war game. The Cold War was not known for its direct conflicts, and was more famous for the battles that never occurred and the importance placed on covert operations seen in James Bond and Tom Clancy plots. Further, when compared to its nearest historical competitor, World War II, there are far fewer small players of not, with only two powerhouse nations in play. Previous games attempting to tackle this part of history, for example Theatre of War 3: Korea have indeed suffered a great deal as a result.

That being said, the period has potential as a wargame. For starters, it will not be without battle. Proxy wars (e.g Korea and Vietnam) were the norm during the period as the two superpowers bought and bribed influence. An all out war between Russia and USA is one of those great ‘what if?’ scenarios wargamers should relish. The other aspects of grand strategy (diplomacy, social policy, etc), crucial in previous Paradaox grand strategy games are going to prove much more critical in achieving an appropriate level of depth to create a realistic feel. Indeed, this could turn out to be a unique and unparalleled experience if they’ve got the balance right. If any developer/ publisher combination can manage this, it will be this super-team of BattleGoat and Paradox. 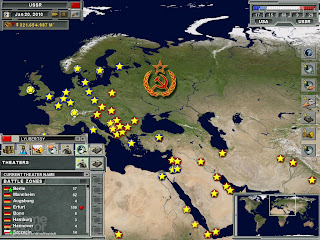 Personally, when I get promised a big red button (literally big and red) that could initiate thermonuclear war, I am blissfully, blissfully happy and heavily anticipating its release. The game has oodles of potential. Stay tuned, for the game is going to be released soon, with a review going to quickly follow.


Chat about this game on our forums!