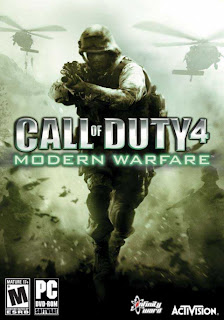 This is a bit philosophical, but I always find myself shocked by how simple the press is when it comes to pointing the finger and casting blame over tragedies such as these. This is my attempt to set the record straight.

I’ll start straight up and say that no, it is not fair to blame video games for the tragedy that befell Norway over the weekend (so please don’t attack me in the comments below, or, at least, read this whole article first). The theory that there is a direct link between violent activity and video games has been proven false, and I believe the science to be correct.

However, the video games industry is indeed a reflection on a natural flaw in humanity, and it does take advantage of that flaw. So, as a result, the association when human nature goes wrong is a natural consequence. As much as the tragedy itself, the video games industry is a reflection of a society that glorifies violence, solves problems with guns, and believes in aggressive resolutions to problems.

Open any newspaper or put on any TV news show, and you’ll see plenty of examples of that, and I’m not going to start pointing out examples. The video game industry is no different to any other media or form of entertainment in this regard. Consider this: what draws the censors ire more? Sex, or violence? In most places around the world, it’s sex. We’re completely desensitized to violence.

An exposed breast in a videogame will skyrocket its age rating. Nudity, let alone sex, can get magazines shrinked-wrapped. And yet, violent imagery is treated much less conservatively by individuals on everything from film though to newspapers.

Parents don’t think twice about buying their young teenage children a Call of Duty game. Perhaps they shouldn’t, either – a properly reared child is not going to find the Call of Duty content especially offensive. But the same parents are less likely to hand the child a copy of Hustler.

Why this difference in perception? Why do we have a much more liberal acceptance of violence than sex?

Violence is a primal part of human nature, and it infuses just about everything we do. Our sports are based on battleground activities, for instance. Human heads used to be used as balls for sports, for instance. The media and entertainment businesses play on that because, in supplying those materials and itching violent urges in people, they enjoy great sales. That’s why there’s 100 FPSers coming every year right now and Call of Duty sells so well. That’s why Arnold Schwarzenegger got a job in the first place.

Other vices on the other hand, have enjoyed hundreds, if not thousands of years of being turned into taboos. While the Christians and Muslims had no problem slaughtering one another on ancient battlegrounds, they made sure there was no free love on the streets.

To bring the topic to the present, in a population of billions there will be cases where individuals become twisted or disassociated with where society draws the lines, and unable to suppress those primal urges any longer.

That’s not a video game’s fault. It’s not a film’s fault. It’s part of human nature. It’s tragic when human nature goes wrong in that way, but unfortunately events like Norway are natural consequences of our collective nature as predators.

Gaming press likes to deny it, but games are related to that broader picture. Games publishers do sell products by appealing to those primal urges, and while I don’t condone the anti-gaming hysteria that this event will inevitably cause, I would encourage the games industry to change the counter-argument from “no we’re not responsible,” to “we’re not more responsible than anything else we see and hear in everyday life.”

I’d be interested to hear everyone else’s thoughts – but as I said at the start, please do read the article before commenting. I’m sure I’ll get some people who don’t, but please remember that I’m not blaming video games for the tragedy in Norway. I’m blaming human nature,
and every business – be that film, music, or games, sells to human nature.

Wow has XBL Arcade had a good half year