Casual game jaggernaught, PopCap games, is reportedly in the process of being sold for $1 billion. Only thing is, no one seems to know who is buying. A number of names are being thrown around – everything from Zynga through to Amazon.

Who do we think is a candidate for to make that acquisition?

Firstly, it’s worth noting that at a price of $1 billion, that leaves 99 per cent of the games industry out. There are just a few potential interested buyers with $1 billion to spare. Below are some of the companies suggested, and how likely we think it is that company:

1) Zynga – sites such as TechCrunch have mentioned that Zynga might be interested at PopCap, but decided the cost is too much, so this is likely an academic discussion. Still, the joining of these two companies would turn the casual game’s industry on its head and make a new developer/ publisher with the kind of power and influence that Square Enix, Activision and EA have had a near monopoly on previously. It would be a great fit, it’s a pity Zynga didn’t have the cash lying around.

2) EA is my bet – The publisher has already invested in casual gaming in a big way – acquiring iPhone publisher, Chillingo, Zynga competitor, PlayFish and Aussie Flight Control developer, Firemint. PopCap would round out that new portfolio nicely, and establish EA as the dominant major publisher of casual games.

3) and 4) Activision and Square Enix are both options as well – Activision has not had much of a casual presence before, and would want to start looking at that for its long term sustainability (after all, no one acquires a casual games company for $1 billion without it being an important market for the future). Square Enix already has produced some casual games for iOS and Facebook, but another western studio of note would help its strategy to become a global publisher – an extension of the acquisition of Eidos, if you will.

5) Facebook – There’s no rumour of this happening, but it would make a lot of sense for Facebook as a platform. The company has been increasingly trying to break out of its mere social networking roots, and given that gaming on Facebook is one of the most popular activities people engage with on the site, it would make a lot of business sense for Facebook to start having its own offerings running on the Facebook platform.

6) Google – Google is another potential for much the same reason Facebook is. Google’s never had a huge presence in gaming, but with the Android platform, it’s going to want to start changing that – most of the apps downloaded on the iPhone are gaming apps, and it remains an advantage that the competition needs to resolve if they want to be, well, competitive. Having the likes of Plants vs Zombies 2 exclusive to the Android handsets would be like Snake on the old Nokia phones – a feature important enough to put on the phone’s packaging. 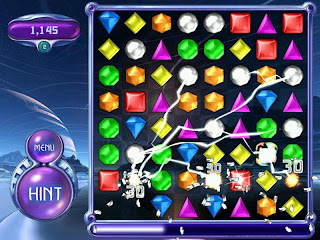 7) Apple – Let’s not forget Apple. Lord knows it has enough money to splash around. It hasn’t been the biggest fan of games in the past, but it’s slowly waking up to the money that games can rake in. For people to start taking Apple really seriously as a gaming platform, though (in the sense that it can compete with Microsoft, Sony and Nintendo), then it’s going to want to start taking a hands-on approach to gaming. A studio like PopCap would be a great starting point.

8) 9) and 10) Sony, Microsoft and Nintendo – I don’t believe it could be any of these, and to briefly run through the reasons: Nintendo doesn’t have the money. It’s invested in launching two entirely new consoles in two years. $1 billion would be a luxury. Sony is reeling from the PlayStation hack, and it’s a company that is focused on the blockbuster games from its internal studios. PopCap doesn’t fit its acquisition strategy. Microsoft has no interest in handheld gaming, and PopCap games are typically played on handhelds.

So, who do you think is acquiring PopCap? Let us know!

Beyond Good And Evil HD Coming To North America