Super Mario Land was, with Tetris, the first game I ever owned. And I literally played both to death. It didn’t really surprise me that, despite having not played it in 15 years or so, giving the game a whirl again was a very familiar experience. I still knew where all the little secrets were, and though I was a bit rusty, I still played through the game with minimal fuss.

When I finished the final boss, the recorded time was 40 minutes. Yes, this game is that short. There was no save option back in the day, so the game was necessarily quick. There are just four game worlds broken up into 12 stages. Despite this brevity, there’s a lot of variety in the levels. Mario delves into Egyptian tombs, rock caverns and across watery, fish filled oceans. He even takes to the sky and the deep sea thanks to an airplane and submarine level.

And it all fairness, you get two games in the one package. Finish the regular game to start the ‘hard mode’; same levels, more enemies. There’s some challenge to be had playing this game, and lives are in relative short supply, so for most people, the 40 minute run time won’t be a big problem. And thanks to the 3DS emulation there’s now a save game option, which makes Super Mario Land even more friendly for pick up and play.

All these years later and Mario still controls well, too. Though the 3DS’ D-Pad isn’t quite as well suited to the game as the original Game Boy, and the clicky nature of the buttons means running and jumping at the same time is a bit of a pain, it’s still quite possible to master the art of the pixel perfect jump. All of Mario’s usual abilities are there – there’s a fire flower for shooting missiles, the mushroom still makes the hero grow big, and the star still renders him invincible. There’s not as many abilities as modern Mario games offer, but as a stripped-back-to-basics approach, Super Mario Land is still very playable. 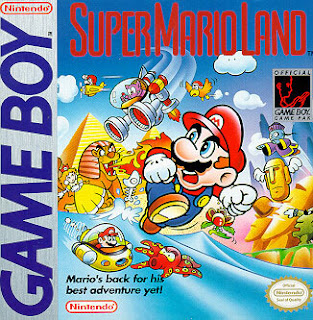 The enemies are an unusual bunch by Mario standards, and new players to the game might be a big put off by how many ways this game breaks with canon (there’s no Bowser in sight!), but Super Mario Land still looks good, still sounds good and still plays really well.

Review: Bumblepig (while you wait for Halo 4… get this!)