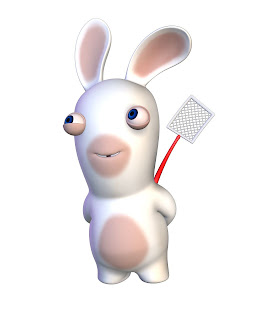 Originally a spin-off character from Rayman, the ugly-but-adorable fellows have had a life of their own – they’ve sold five million collectible figurines, nine million copies of their various games, and have been viewed by 50 million people on YouTube.

Though the quality of the games have been patchy, the characters themselves are endearing, and we’d be surprised if Ubisoft calls it quits on these little guys anytime soon.

So, how’s about an iPad or PSN game, Ubisoft?

Can you play the Final Fantasy piano scores?

Streets of Rage hits the iPhone