On March 30th, Islands of Wakfu (which hails from French publisher Ankama Play) saw its highly anticipated launch on XBOX Live Arcade; the game is based off of the famed and increasingly popular massively-multiplayer online role-playing games (MMORPG) Dofus and Wakfu which revolves around mysterious dragon eggs known as ‘Dofus’ and those who seek to secure their procession in order to utilize power of these Dofus to their own ends. 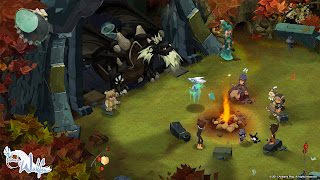 The game play in Islands of Wakfu is a cross between the Shoot-em-up and Beat-Em-Up genre. Islands of Wakfu features two playable characters – Nora and Efrim, the latter of which is the dragon brother of Nora  the Eliatrope; Efrim also serves as the player 2 character for local co-op game play. Efrim has the abilities of flight and fireball shooting.

Islands of Wakfu features 14 levels which are presided over by two difficulty levels , Goddess Mode (beginners) and Initiate Mode for more advanced players. 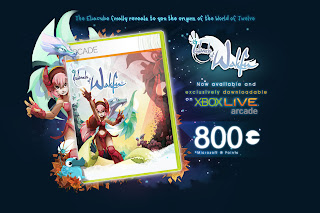 The story is set ten thousand years before Dofus when the time of an imminent apocalypse is at and hand and Nora and Efrim are given the task of finding the long lost Wakfu Islands in order to survive the cataclysmic doom that is about the engulf civilization throw the world out of balance. The story unfolds in the legendary ‘World of Twelve’. The game boasts twelve achievements which will provide unlock-ables for special items for those who play the MMO’s Dofus, and Wakfu; more information on these unlockables will be made available at a later date. The Islands of Wakfu retails at a cost of 800 Microsoft Points in XBOX Live Arcade which is the equal of ten (US) dollars. You can also obtain a Blue Platypus as a pet for use with your XBOX Live avatar.

April edition of the Digitally Downloaded magazine is now live!