World War II will always be a lucrative source of material for strategy video games. Emotionally and politically charged, the huge variance of battle grounds, nations involved and strategies that were enacted also means that capturing the historical depth is a challenge for developers. 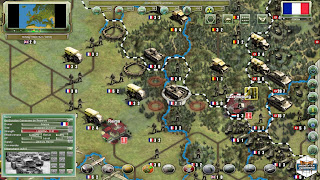 Wastelands Interactive and Matrix Games (Slitherine) are taking a new crack at it with Time of Fury – a truly epic-scale recreation of the War. Here you’ll be able to take control of virtually every major nation involved in the War. Each nation has been built to reflect the national strengths of the time – so the German army has a very different construction and skill set to the American army, for instance, and learning to work with each individual military force will be a time-consuming endeavour.
Because this game is a serious military simulation, a variety of factors will play into your success or failure on the battlefield – terrain, morale and even weather can tip the balance one way or another, and so picking the right time and place to strike will be critical. 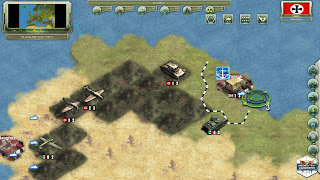 From right through to and the , the battle map will be huge in scope and allow plenty of manoeuvring. That manoeuvring is done via hex-based turn battles – a common trait amongst many Matrix Games.
Multiplayer modes abound too. Though Wastelands Interactive promises a smart, adaptive AI, you’ll also get to flex the brain matter over both hotseat and Play-by-E-mail. The latter makes use of Slitherine’s PBEM++ server system, which Wastelands claims will put a stop to any potential cheating.
All in all it looks like another good, solid strategy game (Matrix is having a busy start to the year, following up on the impressive-looking Advanced Tactics: Gold). We’ve included in this preview a developer diary to help whet your appetite.
Share this