Here’s a big coup for the PlayStation 3 – from March 29 it will be the only home console to offer a free-to-play MMO. 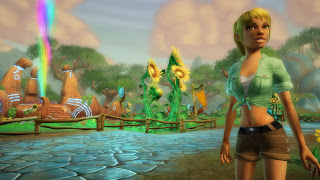 That MMO is Free Realms, and while it’s no World of Warcraft killer, it’s also no slouch, winning 17 million registers players on PC and Mac since its 2009 launch. The additions to the PS3 version will be minimal, but yes, there are trophies.

Of course, Free Realms is also a family friendly game, and most of those 17 million will be younger folks, and boasts a series of minigames that bring a great deal of variety into the game. Ninja fighting, pet collection and trading, soccer, and even a trading card game, it’s all there.

It is a good looking game, with a bright, cheerful world to explore, and there might just be enough in there to attract older gamers as well.

This is a big deal for Sony, a company that is trying to compete with Microsoft to offer the most rounded online experience to gamers, and to keep gamers with the PS3 firmly turned on. From Netflix (and Mubi in Europe), to VidZone and now this, Sony is slowly but surely giving people very compelling reasons for people to stay connected. 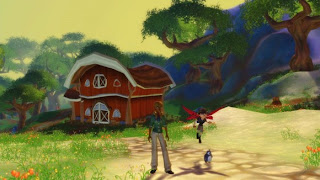 Magic the Gathering: Duals of the Planeswalkers gets sequel