Namco Bandai’s Romanian development studio has come up with a new IP for the publishing giant. It’s an iOS Match 3 puzzler, called Bird Zapper! Not exactly a massive-scale release, but it’s early in the year yet. 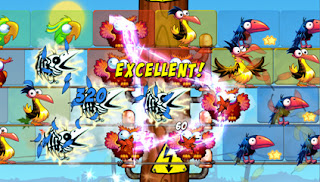 That said, it actually looks like that Romanian studio has come up with some unique quirks to the formula. As you can see from the screens, it’s quite an original looking little game. You’ll be helping Skippy the Squirrel (why is it always squirrels?) zap birds that are causing power outages by standing on the power lines. By swiping the same coloured birds they will be electrocuted and disappear.

PETA’s going to love this one.

It’ll be priced at $US0.99, but actually sounds like it has a reasonable range of modes – Survival, Blitz and Zen – each offering a unique spin on the basic gameplay.

While it’s a stretch to say we’re excited about this one, a genuinely good new Match 3 puzzler would be a welcome addition to our iPads. 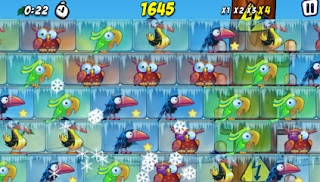 Hungry Monsters looks for a feed on iPhone