Here’s one for Liverpool soccer fans: Bright AI has developed an app just for you! 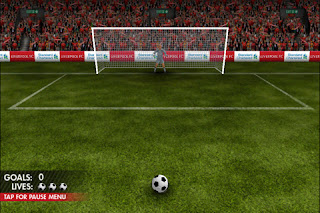 The Official Liverpool Shootout game is the first official football club game developer for the iPad, and is as the name suggests, a chance to test your shooting skills against Pepe Reina.

It’s an interesting trend – between advertising masquerading as sexy Facebook games, and then official supporters games, games development is becoming, more and more, a genuine way to build brands and engage fans.

This one will set you back £1.19. In addition to the iPad it’s available on iPhone and iPod touch.

Today we launch the digitallydownloaded.net magazine!