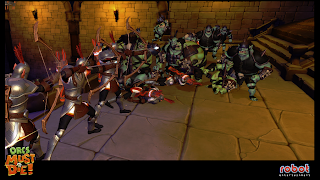 To go with the straightforward name, there is a straightforward premise – there are hordes of Orcs, and you need to stop their advance. You have an arsenal of weapons and traps to do with, and the game plays like a 3rd person action game.

With tongue firmly in cheek, the game has a vibrant art style. No word as yet on multiplayer, but the game will be coming to PC and consoles soon enough.
You’ll be able to play the game in person during the Pax East convention, where Robot Entertainment will have a stand. One to watch. 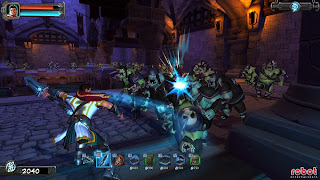