Capcom has released Devil May Cry 4: Refrain on the iPhone and iPod touch. And it’s only $US1.99 for now. 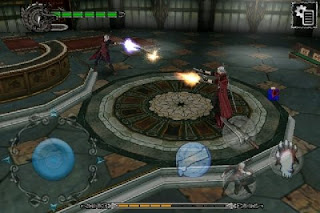 Brilliant visuals and intricate details come to life as players explore new and exotic locales. Dynamic action and undeniable style combine with explosive fighting options and a gripping story to produce the incomparable experience that only a Devil May Cry game can deliver.

Like the console games Devil May Cry 4 refrain features a deep combo systems and customization options. After defeating enemies, players can collect red orbs which they can then use to enhance their character. The game includes ten epic levels and eight boss fights. Additional features include retina display graphics and Game Center achievements.

It sounds great, doesn’t it? Admittedly, we have a few concerns with the game, namely the amount of screen space the various virtual buttons take up, and whether the iPhone is even capable of capturing even a fraction of the frantic action that makes DMC games great.