Black Lab Games is the indie project of Western Australian developer, Paul Turbett, and has already produced the (very good) Star Hammer Tactics. He recently sat down to chat with us about the Minis platform, plans for the future of Black Lab Games, and what it’s like being a developer in WA. 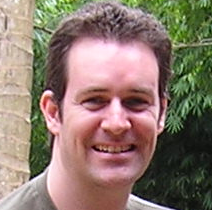 1) First up, could you please give me an overview of yourself and Black Lab Games? What led you to start up as an independent developer?

I’ve been developing games for quite a while actually. I started to learn to program on the Apple II in the mid-80’s and started a games company called Silver Lightning Software in 1991. That company released a few games as shareware and later through retail. When SLS closed in the late ’90s I went and got a real job in IT.

I started Black Lab Games in 2009. Prior to starting Black Lab Games, I’d spent time at the ill-fated Interzone Games, and another smaller game company, and just felt that I’d be capable of building my own company again, so I started that journey.

Having always written software for PC’s I wanted to do something different, and had not really had much of a chance to write games for consoles before. (I worked on a DS port a while ago, but the project never got finished). I got involved in Xbox Live Indies Games (XBLIG) when it was first announced – I was hopeful it would work out to me more commercially viable that it turned out to be. When Sony announced Minis, I thought it seemed like it could be a lot of fun and be a good fit for Black Lab Games.

2) Your first commercial game, Star Hammer Tactics, was a PlayStation Network Minis game. Why did you decide on that platform?

Tiny correction, Star Hammer Tactic isn’t really my first commercial game – I think I’ve written or been involved in about a dozen games over the years (it’s just that you probably would never of heard of most of them). But yeah, it’s Black Lab Games first release. It was originally written for Xbox 360 and released via XBLIG.

To answer the question though, one of the appealing things to me about Minis is that Sony oversees the games that get released. I know a lot of indies hate the idea of gatekeepers, but I think platforms like XBLIG or the AppStore tend to have a lot of less-than-awesome quality stuff, which makes it hard for a smaller company to get noticed. Whilst standout games are still likely to get noticed, I’m sure there is a lot of really good stuff out there that has been overlooked because the developers don’t have the reach to build an audience.

The PSP, whilst it’s not getting as much attention as iDevices are currently, still has a decent enough audience. There are less games in the Minis catalogues (but there is still a decent range to choose from), so from a developers viewpoint, it is easier to get your game into the hands of players, which is really what it’s all about.

Finally, I thought it would be good fun to make games for the PSP, and I can tell you, it is! 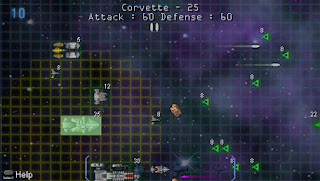 3) How have you found it working with Sony? What was required to become an authorised Minis developer, and what has Sony done to help in regards to support?

Pretty good. To get authorised, I just had to submit an application with info about the company, development experience, etc and some details about game I wanted to make. I was surprised at how quickly the authorisation came through.

Having never completed a console game before it was a bit of a learning curve with regards to the QA and publishing side – the processes to get the completed game onto the PlayStation Store. I found the Sony support staff to be very helpful with that.

I think it’s a challenge to build a business as a game developer anywhere! That said, being geographically a long way from the companies you are working with does have a bit of an impact, and it can feel a bit like ‘out of sight, out of mind’ at times.

The community here is pretty close knit and supportive. We have very well attended social gathering fairly regularly, and we help each other out where possible. 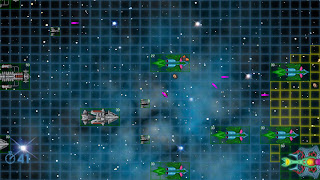 6) What’s next for the company? Will you continue to produce Minis games, or look to branching into other platforms?

Presently there are a couple of projects in the works. Both are minis, and neither have been announced yet, because they aren’t far enough along yet to show off. Both projects are a different direction from Star Hammer Tactics, with a lot more focus on production values.

In the future, as well as minis, I’d like Black Lab Games to be doing PSN/XBLA style games. I think there is a lot of scope to explore in the smaller console titles, and these platforms still have a lot of potential for growth in terms of audience as more and more people connect there consoles to the Internet.

Well, I think that games are already an important medium for entertainment, and in the coming years will also become an important medium of cultural expression. In years gone by, designers and developers where limited by what technology could do. I think that we are reaching a point in the evolution of the medium where we are getting beyond technology as a limiting factor, or a constraint, and I think we are starting to get a much better grip on what makes a game fun and appealing, not just to “gamers” but to the wider public. The reach of electronic games is ever widening due to new distribution methods, business models and platforms, and I think that bodes well for the industry overall.

Any new technology opens up new possibilities, for sure. Whether it’s 3D or motion controllers, or even new platforms. I think tablets are likely to become very popular in the next few years as more companies enter the market, and the combination of touch controls and bigger screens will ceratinly allow for some interesting games. That said, I do like buttons!

Want to chat about Minis, or the games industry in general? Head on over to our forums!
Share this