While digital downloadable content may be the future (or at least, a large part of it) of the videogame industry, it’s also a delivery method that’s difficult to service RPG fans with.
Digital downloadable games are typically designed and developed on the cheap – aiming for short, dynamic experiences, as opposed to the long, drawn out stories and high production values that RPGs typically aim for.

It’s proof that just about any experience is possible from a downloadable game. 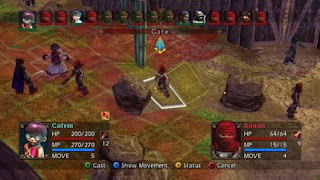 Everything about the game is immediately familiar – from the story, to the character stereotypes and the basic movement around the game world. You’re not going to be surprised by this game, but at the same time you’re not going to be offended. The game world is fairly large – with branching sub-quests, multiple endings and a wide variety of enemies, so you will get a lot out of this game.

There’s a wide variety of skills for your characters to learn, and you’re pretty much free to develop them at will. Vandal Hearts uses a levelling system similar to a game like Oblivion for Fallout 3 – the more you use a skill or talent, the better you’ll get at it – this applies to both magical skills and each of the weapon categories.

There’s also the standard tactics conventions that attacking from higher up, or on the flanks or behind an enemy will give you an advantage in battle. Battle maps are generally well designed, with plenty of scope for using the environment to get a leg up in the melee.

So Vandal Hearts: Flames of Judgement is a genuine tactics game, with all the hardcore length and depth that comes with that moniker. 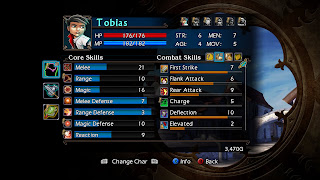 It’s not all good, though. As I mentioned earlier, this is one ugly game. Everything has been passed through a blur filter a few times, and character models and drawings are clearly ugly enough that you’ll be glad for the vaseline-on-camera effect.

It’s also a very slow game, even by tactics standards. Load times are excessively long, and movement and animations are so slow that this game will take a lot of patience to enjoy. Luckily for Konami, patience is one trait that most tactics RPG fans have in spades.

And ultimately, it is only the tactics RPG fans that are going to get anything out of this. Vandal Hearts doesn’t have the charm and basic accesibility of a Final Fantasy Tactics game, but it isn’t the kind of hardcore Nippon Ichi-developed game either. It sits somewhere in the middle, and for $20, it’s good value for people who have just started out on this unique style of game.