For the last five days, I’ve found myself quite hooked on a humble minigame collection, called, simply, Advent Calendar. The game does what the name on the box promises – each day you open one new “present” under the virtual tree, and each of those “presents” is a new minigame to play. Now I’m by no means going to sit here and suggest that it’s the best-made game of all time, but as someone that loves their Christmas traditions, and those happen to include an advent calendar, this game gives me joy.

From my very youngest years, as far back as I can remember, I’ve always had an advent calendar. As a kid, my parents had a lovely hand-woven one, that they would personally fill with a little candy or chocolate to count down the days until Christmas. When I left home and was, at first, living by myself, I would buy myself a calendar each year. I was also earning next to nothing as a cadet journalist, so my advent calendar was an extravagance I couldn’t really afford (it was one of those $2 ones you’d pick up from a supermarket that had a tiny “chocolate” of the cheapest ingredients behind every “door”). I was going days where all I was eating was a bowl of plain, white rice, but! This was a Christmas tradition to me, and it was important to me, so I made it work.

Later, one of the first extravagances my wife and I bought as we were just recovering from the Australian government’s partner visa extortion was a really nice wooden advent calendar, and it was the first time in many years that I was able to enjoy the countdown as I did as a child. Now, we’re a little better off, and since we don’t have children of our own, we can enjoy some of the slightly (okay, a fair bit) greater extravagances. My treat for myself this year is a craft beer advent calendar. One new beer per day, and so far, it has been excellent. 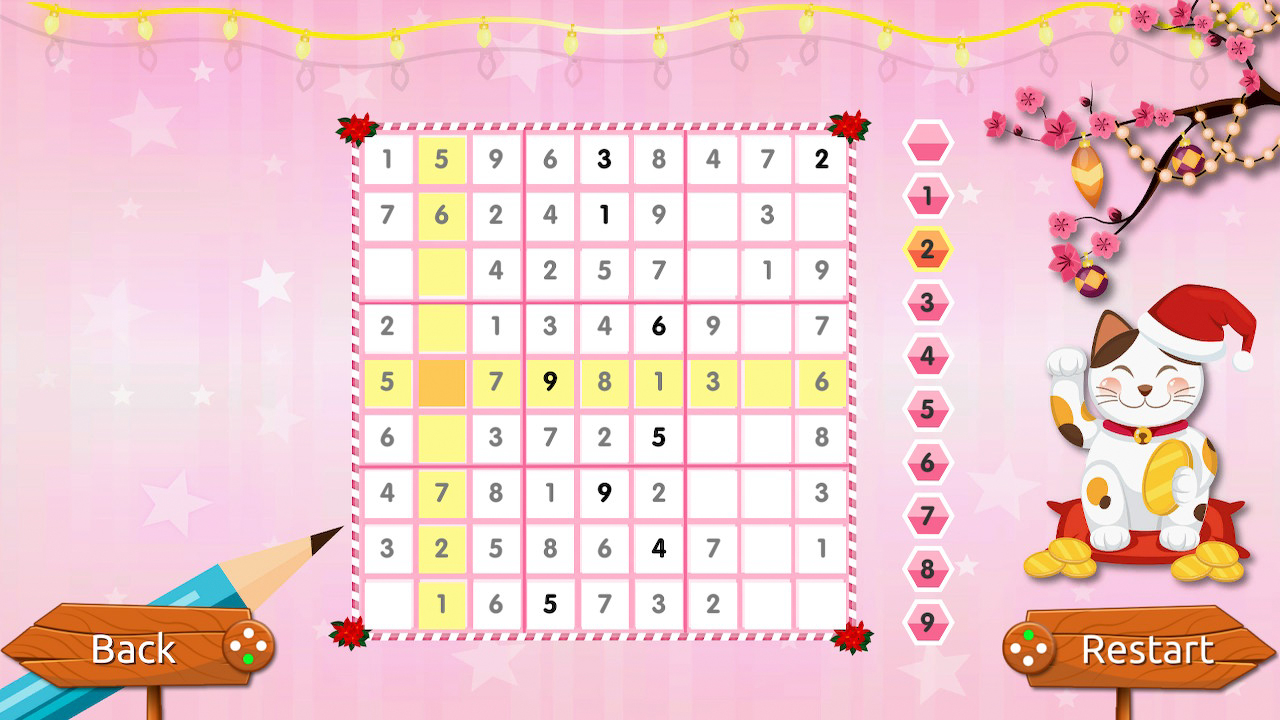 The point of all of the above is to give you context about why the advent calendar means a lot to me. It’s just as much Christmas as the tree, music, ham (in Australia, the Christmas food is a great leg of ham), or fruit mince pies. Even in my most lonely moments, when Christmas has basically been me by myself with no money to do anything, and no gifts (or, for that matter, even a fake tree – cadet journalists really are mistreated for income), there was the advent calendar.

So far with this Advent Calendar game, I’ve been able to enjoy some match-3 puzzles, sudoku, paint-by-numbers, and jigsaw puzzles. Each minigame gives you 1-3 puzzles to work through, and these range from taking just a couple of seconds (I’m good at sudoku), to being quite lengthy (the jigsaw puzzles go up to 600 pieces, and that’s a process to work through). Naturally, you have no idea of what to look forward to each day, and I have no idea how often these types of minigames repeat. I would be surprised if each of the 24 days features an entirely different kind of game, but even if there are more sudoku and match-3 ahead, I have no idea what day they’re going to pop up.

None of these games are programmed in a way that could be called anything but functional. The jigsaw puzzle minigame, for example, is nowhere near as well-made as that Hatsune Miku jigsaw puzzle from earlier in the year. The sudoku, meanwhile, makes you cumbersomely choose each number from a menu, and there have been better ways of doing that particular type of puzzle since they’ve been making video games about them. 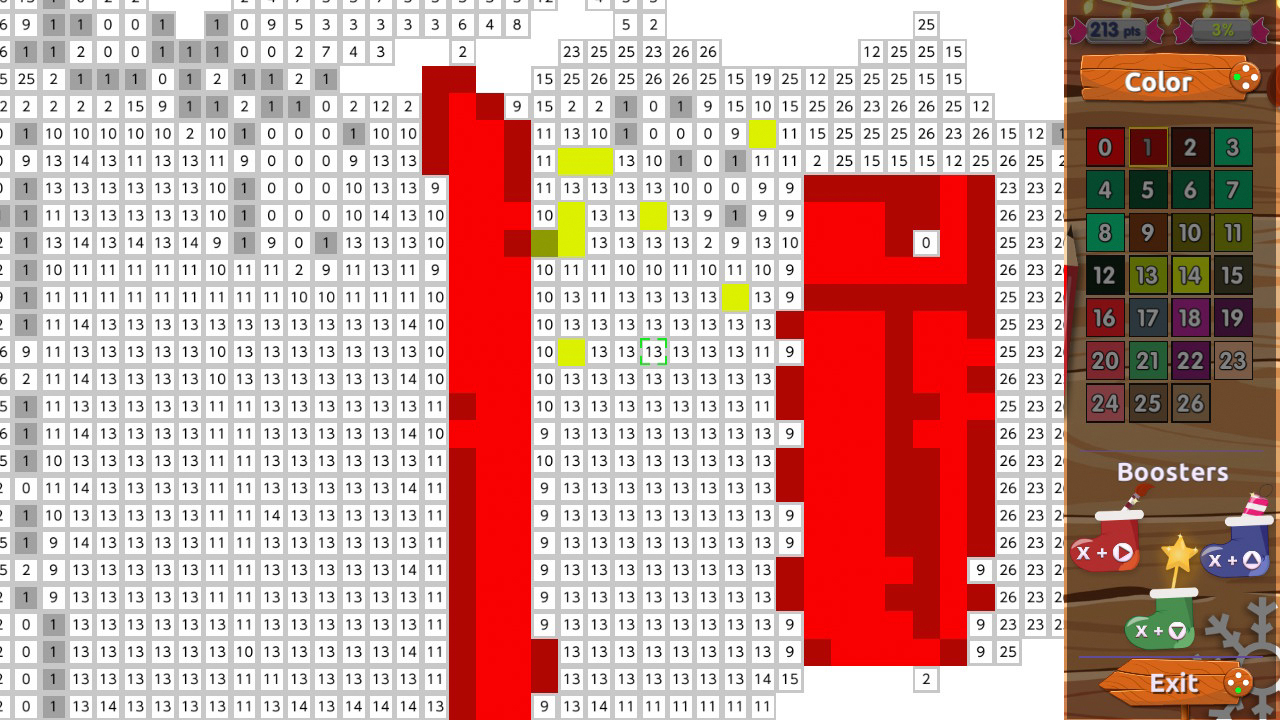 Likewise, the presentation is really just functional. It’s a medley of Christmas-sounding musak and pleasant, Christmas-themed art. That’s all it really needed to be, though, because here’s the thing: I’ve played many Christmas-themed video games over the years, and almost all of them are terrible. Unlike, say, horror games and Halloween, the season where Christmas releases will appeal is really limited to just December. No one’s going to be playing an Advent Calendar game in March, which throws the economics of these things out completely. As a developer and publisher, you get one small window to sell them, and you need to set development budgets accordingly.

Knowing that, as a player, you really just want something that will get you in the mood and spirit of the season. Advent Calendar does that. It’s well-made enough that it works, and the variety of puzzles from day to day keeps it interesting. Or to put it another way, it’s far better than the chocolate that was in those $2 advent calendars… though in saying that I’ve hit the point where I feel nostalgic for that as part of the aesthetic of Christmas too.

You can still purchase the game today, and it’s not too late though the annual countdown has begun. You’re given two options when you load it for the first time: unlock everything all at once, or unlock one game per day. If you choose the “unlock everything” option, you still can’t see what the minigame is until you click on the “day”, so with a bit of self-control you could play days 1-5 today, and then just restrict yourself to one per day after that. Or you could choose to unlock one minigame per day and just keep getting new minigames to play after Christmas. There’s nothing like a puzzle or two on Boxing Day anyway. 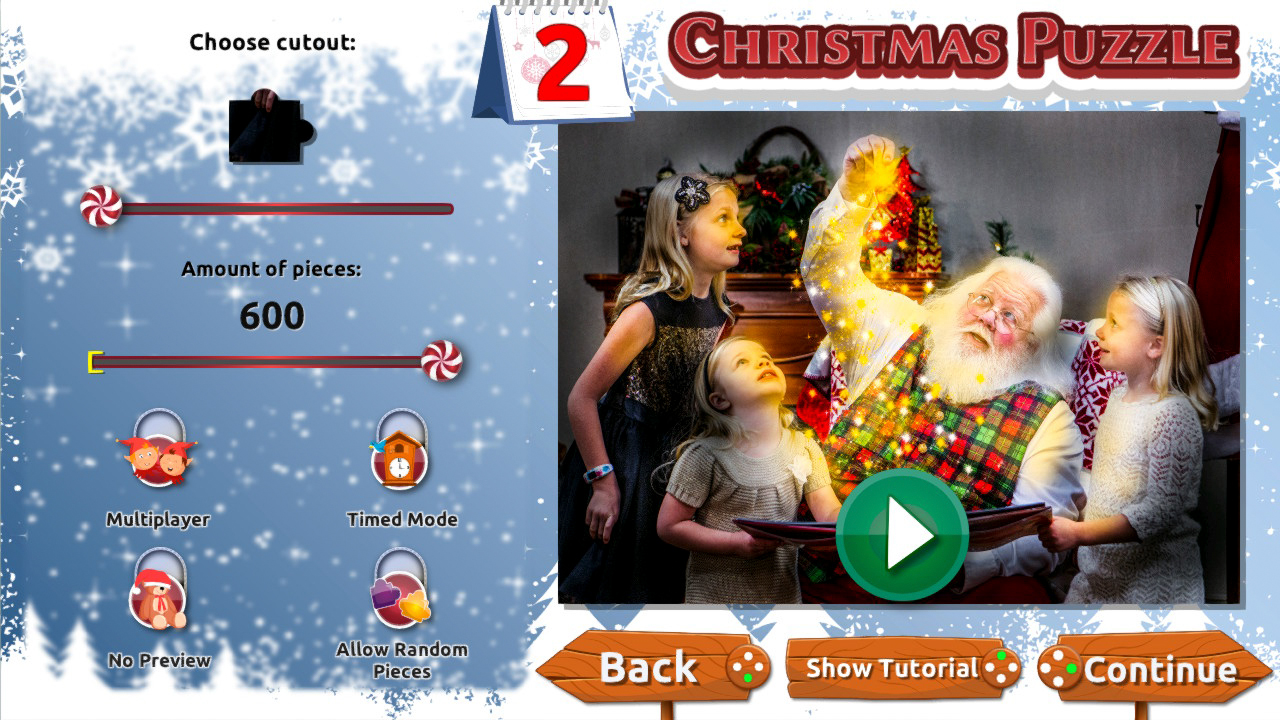 I would buy a new version of Advent Calendar every year without fail, as long as the publishers keep producing them. Advent Calendar distils the essence and appeal of the Christmas tradition and while the minigames that you unlock each day are budget in scope, they are the entertaining and enjoyable form of budget. For someone that has an advent calendar as a core Christmas tradition, this has been a genuine and heart-warming delight.