Can't wait for the moneylenders scene...

I really never thought I would play Jesus Christ does Morrowind. There are Christian games, yes (and they’re universally terrible). There are open world games. It’s such a surreal idea to combine the two of these that I’m still struggling to parse it despite having played through the prologue. And I’ve got to say… to be clear I Am Jesus Christ has a long way to go but… it actually has potential. Given that this Prologue is just a demo for a game going into Early Access next year, I wouldn’t actually count it out yet either.

Now, I have to temper all the above by saying that this game is biblical, and is preaching. That’s fine of course, and if you’re going to play a game called I Am Jesus Christ that should be expected. However, after actually playing this I can’t help but wish the developers went a different route. Because here’s the thing: of the little that we know about the historical Jesus Christ – the stuff that we can validate outside of the Bible – the guy was basically a socialist agitator that was really pissing off the dominant imperial power of the era by appealing to the masses. I know “socialism” as a concept didn’t exist then, but that is effectively what Jesus was; someone that stood steadfastly in opposition to the exploitation of the poor, found wealth offensive, and was quite willing to tell soldiers and authorities where to go.

The guy was the Che Guevara of his time, and ended up with the same fate, is the point I’m making here (yes I just know the comments on this article are going to go places if the article gets seen by the wrong folk but I stand by this analysis). That would have made for an incredible open world experience, as Jesus travelled around the Middle East, recruiting his apostles (followers) and building support among the masses all with the view of revolution at the end. The mechanics are all in I Am Jesus Christ to actually make that happen, but of course, that’s not actually going to be the eventual game. This is the biblical take on Jesus. 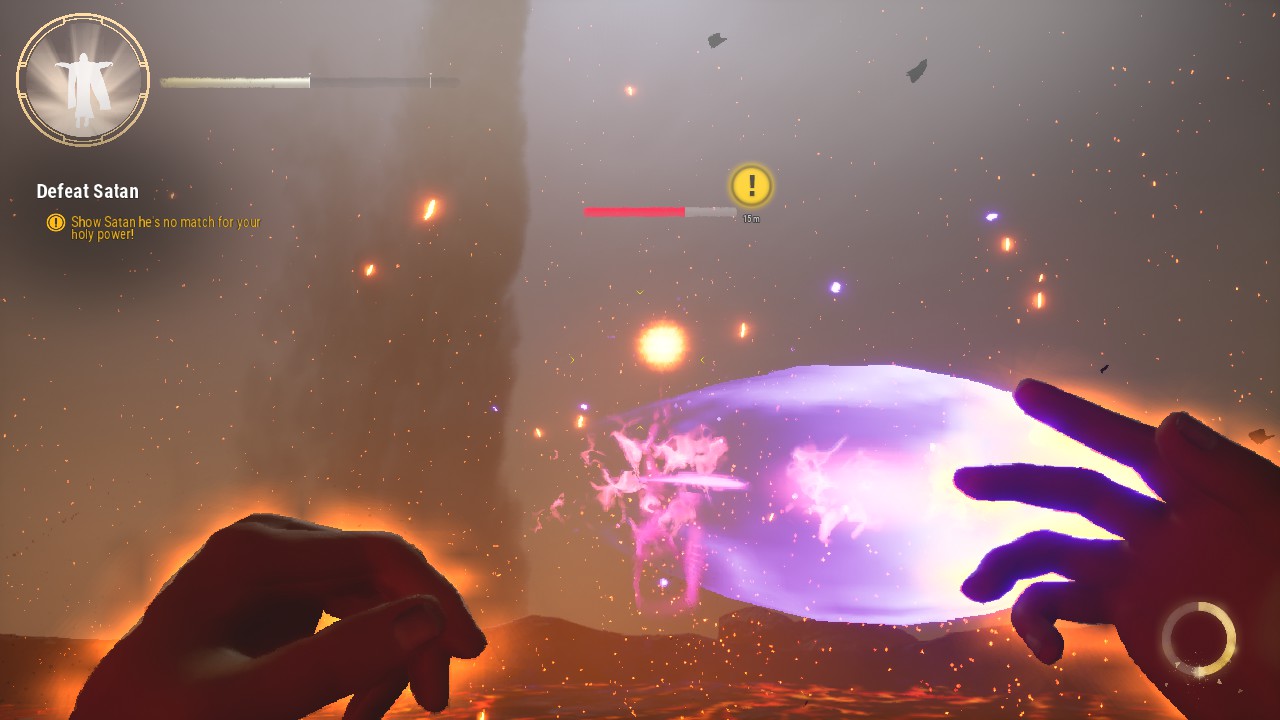 And yet while it’s the biblical Jesus, the developers have done everything they can to turn this into a serious fantasy adventure. So to quickly describe what I got up to in the Prologue: I started my story (as Jesus Christ, remember) by getting a mission from Mary to go find John the Baptist (the very concept of Mary the mission-giver makes me chuckle every time). Along the way, I picked berries for sustenance and discovered that the game has a full inventory system. Who knows how far this will go, but I wouldn’t put it past the game to have a crafting system unlock later on.

As odd as the above is for a Jesus game, it is only after being baptised that things got really weird. The next scene was the 40 days in the desert thing, where Jesus was tempted by Satan while he was starving and thirsty. This cumulated in a battle, where I needed to time a series of reflections as Satan show glowing orbs at me. It’s like that last fight in The Legend of Zelda: Ocarina of Time taking place in the firey hellscapes in Elder Scrolls: Oblivion. After defeating Satan, the devil announces that he’s going to take over the world by filling everyone’s hearts with evil, and the next thing I know I need to purify a series of obelisks so I can “liberate” one section of a massive map, not that unlike the Assassin’s Creed eagle vision structure (though without the climbing. Here you just cast some magic at some stones).

From there I had a tutorial that introduced some puzzle mechanics (Jesus can magically create cubes to sit on pressure plates, and use telekinesis to draw objects to him). Then, finally, I met Jesus’ first two apostles, Simon and Andrew, and needed to convince them to join the quest by helping them catch fish. Again using magic. That’s the first four chapters of the game and while none of the minigames are particularly impressive, between the scope of the world and the fact that it’s basically a non-violent open world experience, it comes across as incredibly surprising and just not what you would expect for a Jesus game. 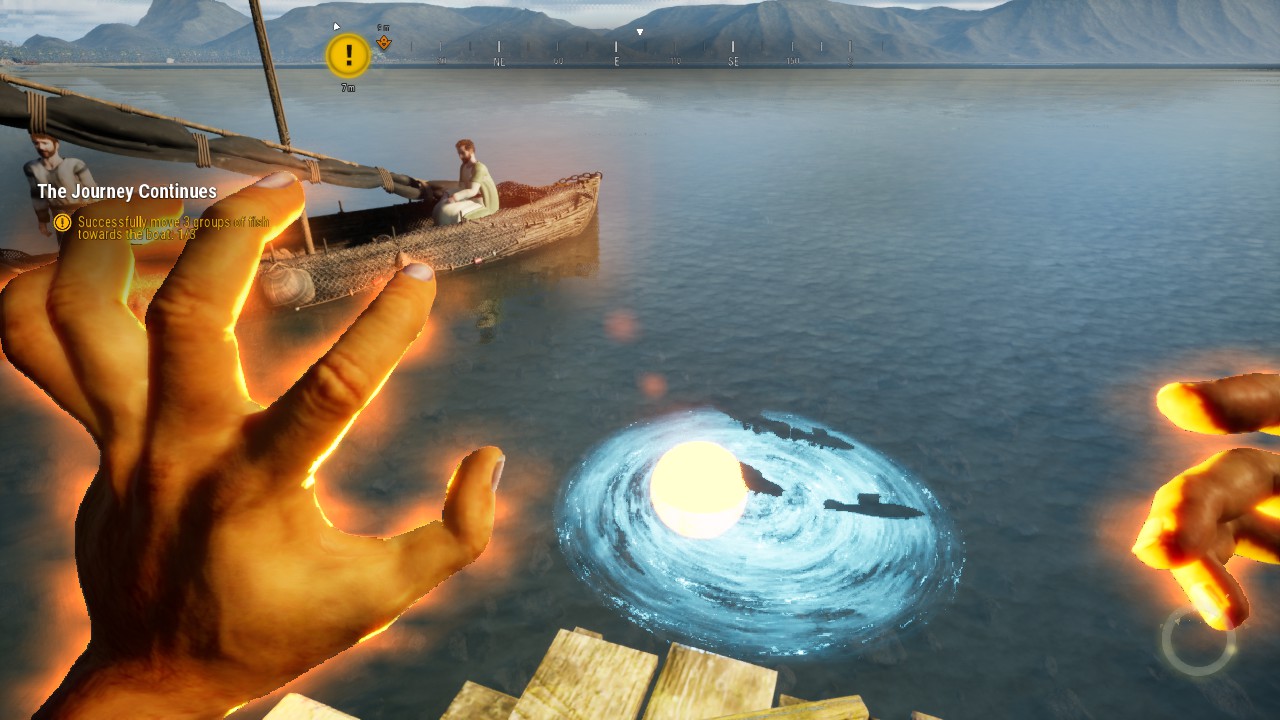 As you play you unlock passages from the bible. That is, yes, a terrible reward and I was personally hoping for bikini costumes, but also probably more appropriate for a Jesus game than the bikini costumes. Aesthetically the world does have a primitive open world vibe to it – sitting somewhere between Morrowind and Oblivion in terms of technical quality. The pop-in and character models are poor, but the art direction is surprisingly impressive at time. At this stage the prologue is hyper-linear, but I do wonder if the game will open up in later chapters, because you do get the sense that the developers have filled the world with the potential for side quests and non-linear storytelling.

For all the above, though it’s hard to resolve what this game actually is with the fact that this is designed to be a preachy thing. It feels… weirdly blasphemous at times. The developers might call the magic “miracles,” but it’s magic, and the idea of taking the basic ideas and foundations of games like Assassin’s Creed and Elder Scrolls, and applying them to a thing where you play as Jesus Christ himself is… odd. No matter how respectful the developers are of the story and characters (and they quite clearly are), there’s just a fundamental dissonance there. The best way I can think of to frame this is if you were to take the classic Christian novel, The Pilgrim’s Progress, and turn that into a Soulslike, where all the bosses are beings from that novel and… well actually, that one might work. I’m Just not sure Jesus Does Morrowind quite strikes the right tone.

Like I said, however, there is genuine potential in I Am Jesus Christ. For now, there are bugs, the aesthetics do need to be improved, and if the intention is there to open the world up with some non-linearity later on, I would recommend they start putting that stuff in there earlier, just so players aren’t confused about why there are these big open spaces filled with people and almost nothing to do. 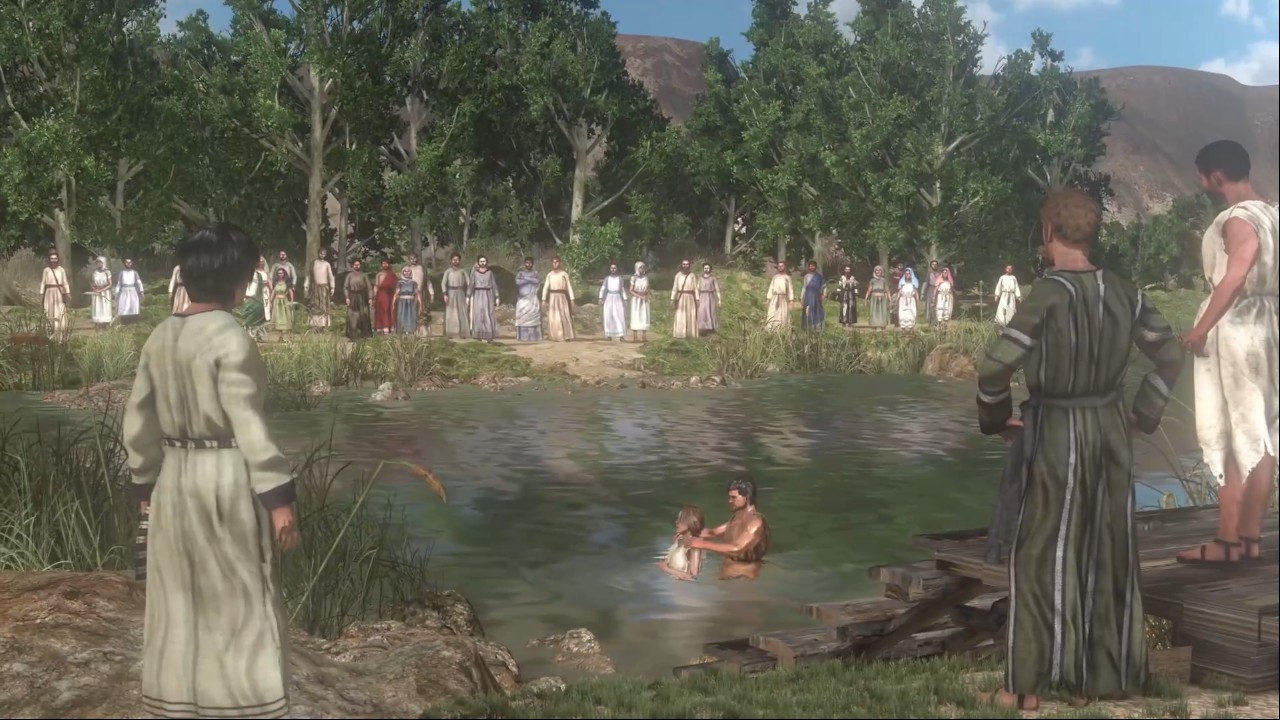 In other words, if the goal of I Am Jesus Christ is to take Jesus and make a game out of him then… power to the developers but they’ve got a bit of work ahead of them yet to actually get it there. If, however, the goal was to make some standard Christian propaganda then they’ve gone well beyond the call of duty and entered into a truly surreal place. This game is just strange in that regard.