I know that there’s a lot that can be said about vintage Disney and who Walt himself was. However, I can’t help but admire the animation quality back in those days, and Steamboat Willie is one of my favourite cartoons for its animation quality. Turtle Boy looks to be tapping into that aesthetic, and so it immediately caught my attention. What you get on itch.io right now is a pretty limited prototype or demo, but it already shows that this game is a labour of love for the developer, and one that they have thought deeply about.

The game itself has been heavily inspired by the golden era for 2D platformers – the SNES – and the developer is especially keen to draw player’s attention to the comparisons between Turtle Boy and Yoshi’s Island (for the shooting mechanic, with Turtle Boy borrowing that), and Donkey Kong Country (for Turtle Boy’s ability to transform into an animal – in this case, and ostrich). Who knows how the full game will turn out (and I certainly hope it has its own unique qualities beyond being a derivative homage), but in these early stages, it shows a world of potential.

There Swings A Skull

One of the all-time classic narrative-driven games is To The Moon, which is all the more impressive when you remember that it was built in RPG Maker – a platform decidedly not for pure storytelling. Or is it? There Swings A Skull is a similar project, in that it is an RPG Maker project that eschews all the combat stuff to instead focus on the story. Where To The Moon was focused on ruminations of life and death, There Swings A Skull aims to weave a nightmarish horror story, and seems to be very effective at it indeed.

This was apparently a game jam game that was so well-received that the developers decided to work it into a full project. In it, you play as Pyotr. Pyotr is an independent artist living in a world facing a terrible apocalypse. See, finds himself in a position whereby he needs to do something to stop the hellfire slowly consuming his home in the town of Pareildas, which he can do by wandering around, adventure-game style, talking to people and solving puzzles. But, the game’s description tells us, the price of stopping the natural order is immensely steep… For a game built in an engine designed to give people warm-and-fuzzy nostalgia for the JRPGs of yesteryear, have a look at the trailer and tell me this doesn’t seem incredibly creepy to you.

I’m a fan of strip poker card games. We don’t see many of them these days, but back in the earlier days of video gaming, they were a common enough form of adult entertainment. It’s a much more enjoyable way of playing poker than for money (let alone fake money), and it has always disappointed me that in the era of 4K graphics, no one’s really trying to do those things anymore. Now, Strip Battle Action Cards isn’t strip poker, but it offers the same kind of appeal, just with a card game concept that is arguably more modern. 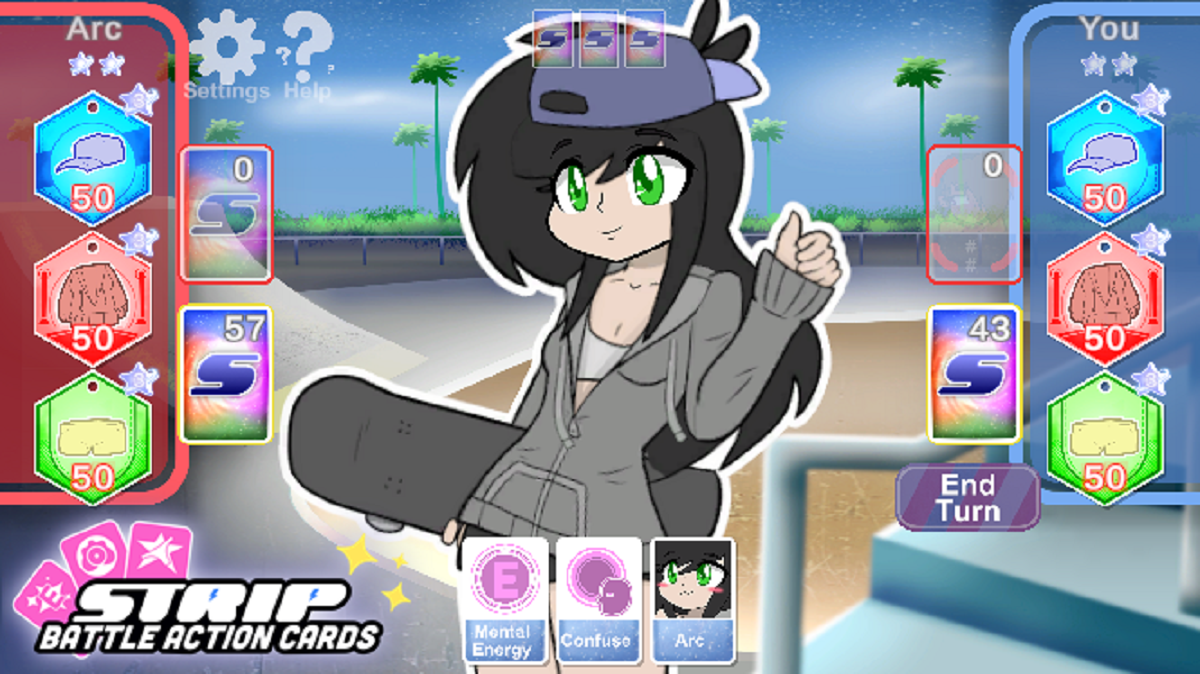 This game is in a very early state right now, but the developers plan on giving you multiple opponents, deck building, and multiple difficulty options. So it’ll be more like strip Magic: The Gathering than strip poker. There certainly seems to be a lot of interest in the game (check out all the comments and feedback the developer is getting on their itch.io listing), so hopefully, they’re encouraged and continue to build on what is on offer here.

Finally for this week, we’ve got Freedom Planet 2. This is a game that launched on Steam relatively recently, and has been doing decently over there (nearly 400 user reviews and a 9/10 overall score), but as always I recommend people support stuff on itch.io where possible. This is a gorgeous-looking and fully-featured 2D platformer that is pretty clearly inspired by the speed of the older Sonic games and the combat precision of SHMUPS.

For people looking for a challenge, this game is pretty clearly going to test your reflexes and quick thinking, though there are accessibility options to make things a bit easier for newer or less quick-fingered folk. Beyond the action though, there seems to be plenty to this game, with over 100 animal NPCs to interact with and catalogue and a massive world to explore as you go. This is most definitely a game for genre fans.

It has been more than a decade, but Ruina is making a return!