From gacha with love.

The game is a combination of two things. First and foremost, it is a deckbuilding roguelike, where you are presented with a “map” made up of nodes, and you progress down those nodes on the way to a boss battle. Many of the nodes feature battles with random (minor) enemies, but there are a couple of other spaces where you can take a quick rest to heal up, encounter a random event (many of which will be beneficial, but some will not), or go shopping for items to help you power your team up or gain access to more “cards” (more on that soon).

The second part of the game is the gacha mechanics. One of the major ways with which you add new “cards” to the deck is by spending tickets on random “pulls”. It means you’ll get duds sometimes, but at other times you’ll get an amazing card that can really smooth the progression forward for you. 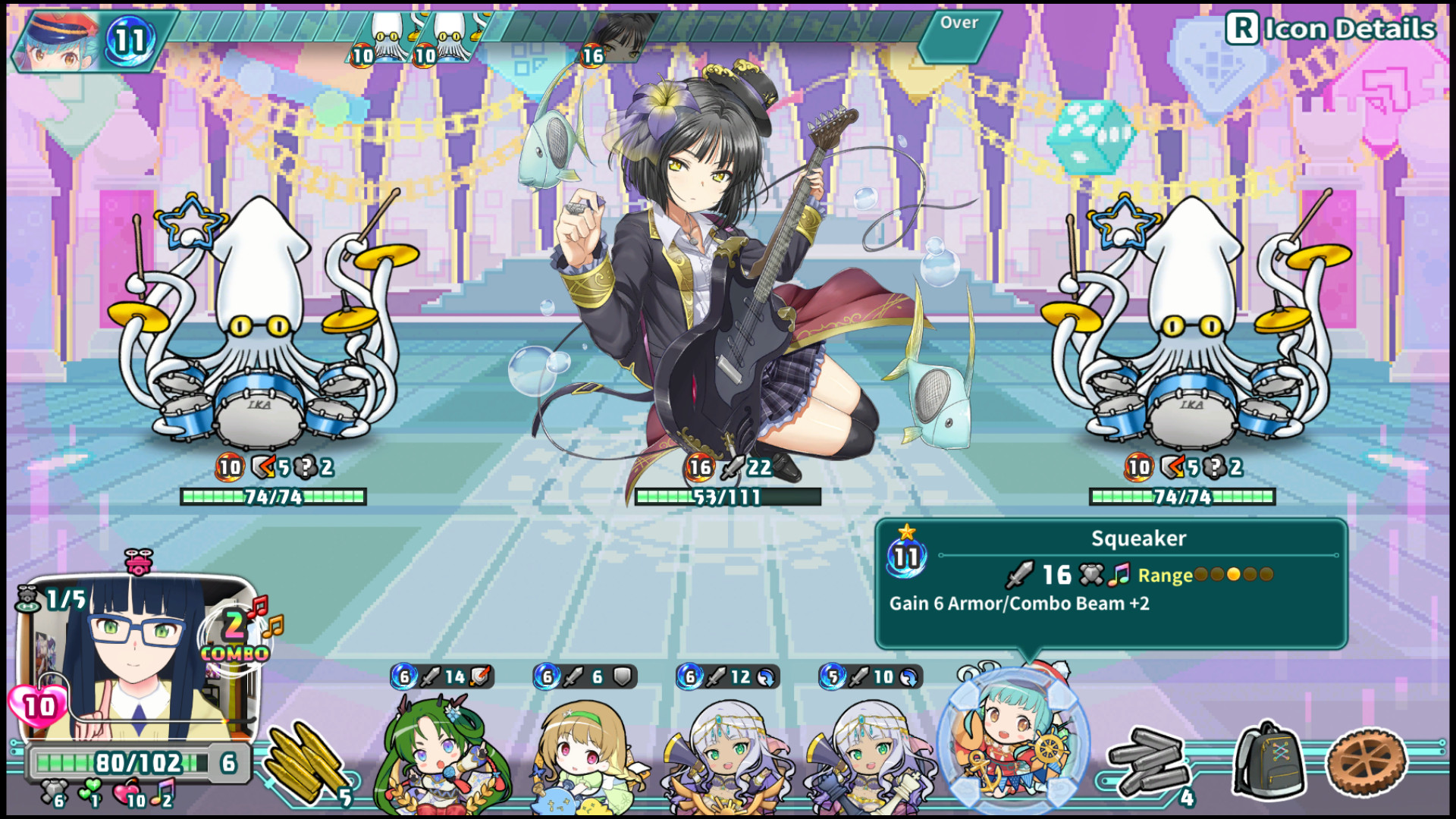 Before you say anything about “scummy microtransactions,” it’s worth clarifying that Super Bullet Break never asks for real-world money from you, beyond the price to buy the game upfront. The gacha mechanics are purely in-game and for fun, and that’s part of why it’s such a charmer. In isolation, when separated from the capitalistic exploitation, there’s nothing wrong with gacha. In fact, it’s a thrilling and harmless punt… and as a quick digression here, I even give a pass to the physical gacha machines in Japan. With those do get something tangible in exchange for your money. Yes the random nature means that you might get doubles of the little collectibles that the machines spit out, and that’ll encourage you to drop another couple of coins in the machine, but it’s still low-cost and there’s a limit to how much those machines even want out of you. A series of toys is usually only around a half dozen to collect in total, and once you have them all you’re not going to buy into the gacha machine any longer. It’s a far cry from the way video game developers have taken the concept and turned gacha into a neverending, bank-draining “investment.”

Digression done, back to the review. Super Bullet Break takes the way video games do gacha, and does it without the brutal monetisation. It’s all here: there’s a lot to collect (around 160 characters), and with the cards being represented by anime girls, it goes heavy on the fan service, just like the “rares” do in so many gacha games (sex sells!). Sure, you lose everything when a run ends in Super Bullet Break, because as a roguelike that loop is in there, but that’s actually a good thing in this instance. Since all this stuff hasn’t got a price tag attached, you actually get to enjoy the thrill of hoping that you pull your favourite character every time you play. In short, to turn gacha into a bit of play-fun, as Super Bullet Break does, is downright sweet that in an industry this nasty.

Mechanically it’s quite good, too. Combat is turn-based, and you’ll choose characters from your hand to attack the opponent, while also keeping an eye on your health and trying to build up a “shield” rating to protect yourself from your opponent’s counter-attacks. It’s standard stuff in a lot of ways, but one of the neat quirks is that each enemy runs on a set “turn-based timer”, and they’ll only get their turn to attack, buff themselves, or otherwise annoy you only once the time has ticked down. Meanwhile, each of your characters uses up a certain amount of time to do their thing. This makes time the essential resource to manage, both in combat and in deck management, and it’s a system that has been designed nicely enough in such a way that big, powerful attacks are often inferior to a couple of smaller attacks that, combined, would chew up the same amount of time. 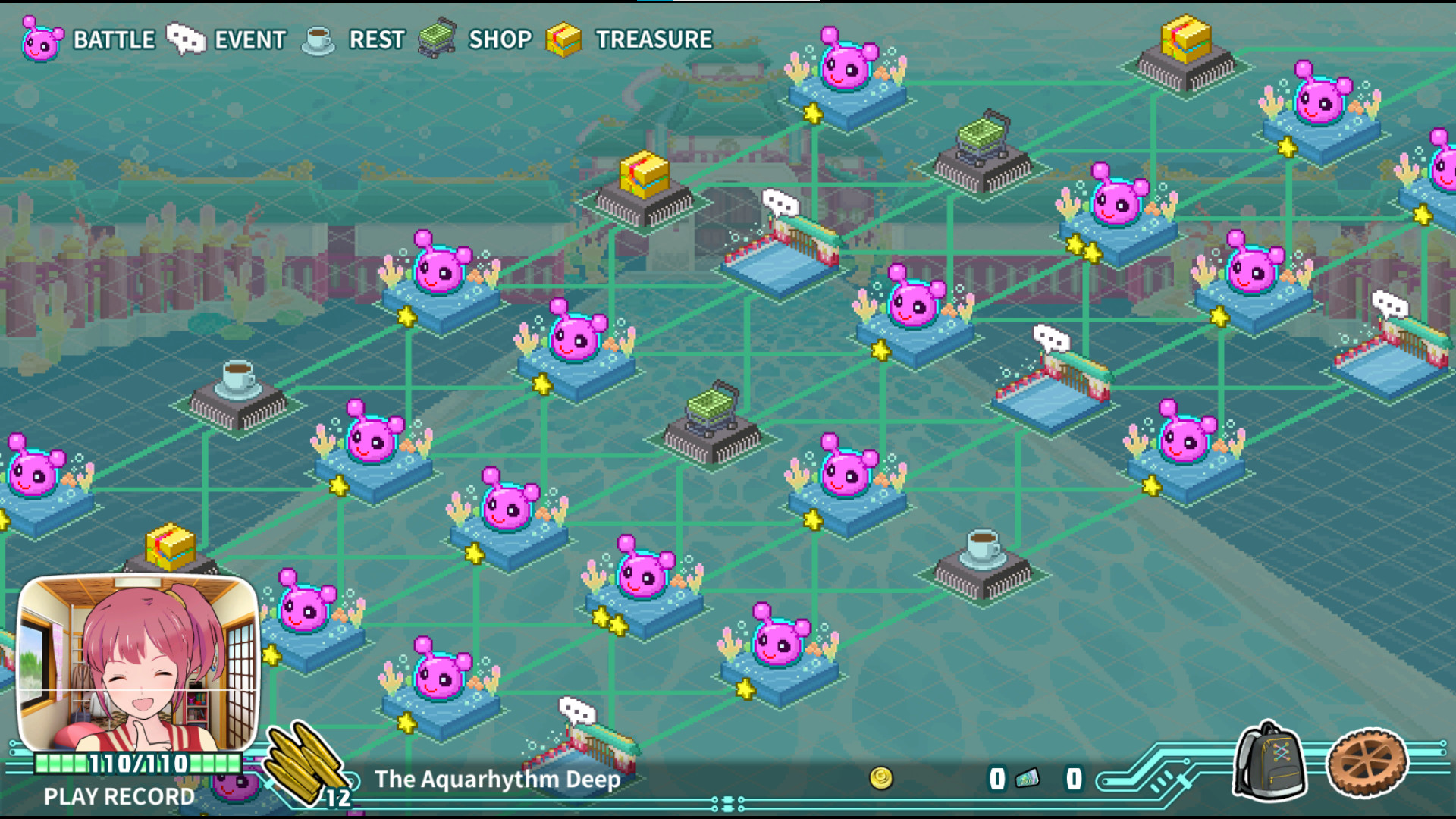 Building up a deck is both fascinating and frustrating because of these systems. On the one hand, you really are incentivised to go for balance rather than raw power. You need cheaper, quicker characters in there, especially given that every card has (random) secondary abilities, and those can further enhance the utility and value of having quick units that aren’t going to chew up much time. Being able to pile on a bunch of those effects in concert can cause some real damage that a single attack just can’t, no matter how big. On the other hand, the gacha systems at play do mean that there will be times that you just end up with a lousy hand, and not much wriggle-room to do much about it. I’ve had more than a few runs where there was simply nothing I could have done but wait to be wiped out. It’s always frustrating when agency is removed from you like that.

As the game goes on you start unlocking cards that make use of combo systems, “heartsplosions” and other secondary effects. The game doesn’t do a good job of explaining these, but they’re important systems to master with practice as they can make progress much easier. Super Bullet Break almost gets to the point where it’s too complex for its own good, but it does help make the combat varied. Thanks to the randomisation, you’ll find yourself adopting different tactics based on the cards you pull, too, which again helps replayability. You can’t just spam the same approach with each play.

The only thing that disappoints me is the uneven difficulty. Because critical skills and abilities only become viable in later levels, the early parts of Super Bullet Break are disproportionately difficult, and then, once you master the application of those abilities, the later levels become far too easy. Normally a poor difficulty curve would break a roguelike. Thankfully, it doesn’t do that here because the charming energy is disarming, but a hypothetical Super Bullet Break 2 should look at addressing this balancing, as it does sour the initial impression when you run into an absolute wall of a boss in what is meant to be a tutorial. Having to rely entirely on the luck of the draw just to get to the “proper” part of the game is a poor introduction. 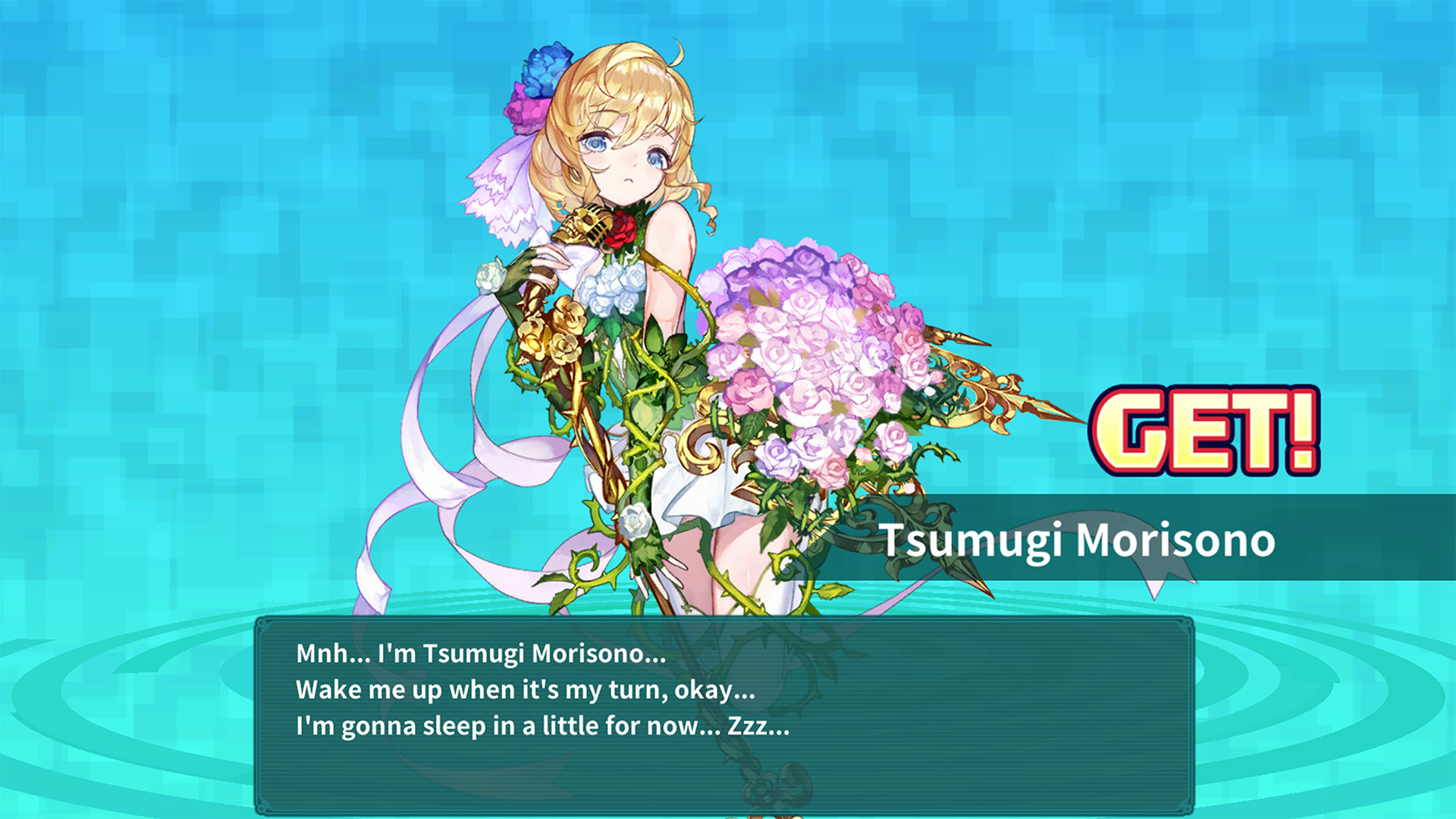 Super Bullet Break is an easy-going, easy-playing thing, great for short bursts of play in-between the many bigger games we’re getting dropped on us at the moment. There’s a lot of value in that kind of experience, and when it’s backed up with some excellent fan service and highly replayable mechanics, it’s a game that you’re going to keep coming back to as a time filler over the long term.